Last week on Riverdale, the Gargoyle King claimed its latest victim: Jellybean (Trinity Likins). And now, the Jones family—FP (Skeet Ulrich), Jughead (Cole Sprouse) and Gladys (Gina Gershon)—try to solve a series of mysterious clues in an attempt to bring her home.

Here’s what went down on Chapter Fifty-Four of Riverdale, titled “Fear the Reaper.” 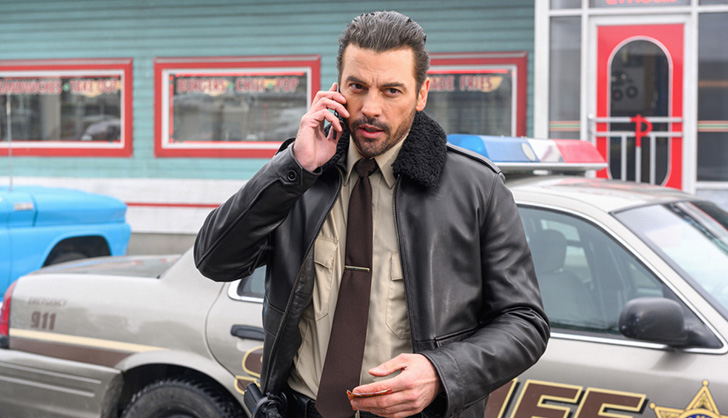 The episode picks up right where we left off in Chapter Fifty-Three, with FP and Jughead returning home to an empty house. They find a note from the Gargoyle King, inviting them to play a game to “determine Princess Jellybean’s fate.”

When Gladys gets caught up, she turns directly to the source: Kurtz (Jonathan Whitesell), who encourages them to accept the invitation. They hesitantly oblige.

Kurtz walks them through a series of quests before coming to the “treasure” task, which means they’ll need to commit a robbery to move on.

So, they drive straight to Pop’s Diner with ski masks and unloaded guns. It’s a success…sorta. That is, if you forget about the part where Jughead removes his mask and apologizes to Pop (Alvin Sanders), saying, “It’s not what you think!”

When they return home, Kurtz presents them with their next quest: “Trot with the Cyclops.”

Cue Penny Peabody (Brit Morgan) challenging Gladys to a dagger fight. After some back and forth, Gladys is the clear winner, though they both need serious medical attention.

After dropping them off at the hospital, Jughead tells Kurtz to take him to Jellybean. Kurtz drives him to a remote location and demands Jughead get inside an ice chest. When he does, Kurtz locks it and calls Ricky, saying, “The Hellcaster [aka Jughead] has been contained. You may kill the princess.”

When Jughead breaks free, he finds Kurtz’s dead body lying on the ground. When he turns around, he comes face-to-face with the Gargoyle King before running in the other direction. 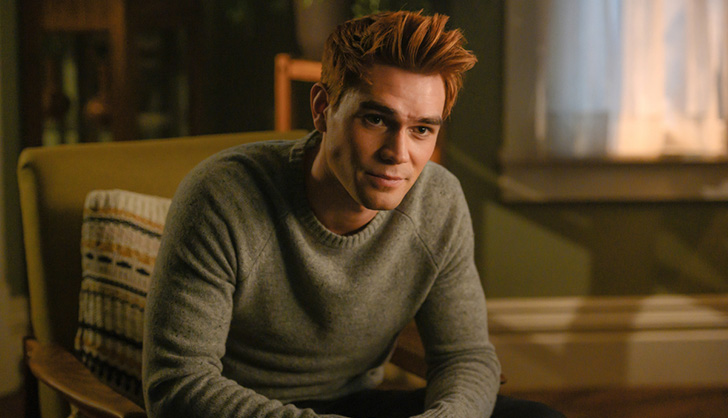 At the hospital, Archie (KJ Apa) finds himself in yet another snafu with the law. Although the doctors “did everything they could,” Randy (Darcy Hinds) died as a result of last week’s boxing match. When Archie blurts that Randy was doing Fizzle Rocks, Elio (Julian Haig) chimes in with a horrifying accusation.

“Better lawyer up, Andrews,” he says. “You killed him in that ring, and you know it.”

At home, Fred (Luke Perry) is trying to comfort his son, who is beating himself up for not forfeiting the fight. Things only get worse when police raid Archie’s gym and find the drugs that Mad Dog (Eli Goree) gave him before the match, which results in a trip to jail.

When Veronica (Camila Mendes) bails them out, she informs Archie that Elio is pinning everything on him, claiming he supplied the drugs to Randy.

Still, that doesn’t stop Elio from trying to make nice with Archie and presenting him with the cash prize from “The Guilded Glove” tournament. After Elio dubs Archie the “Riverdale Reaper,” Archie takes the money and passes it along to Randy’s family. 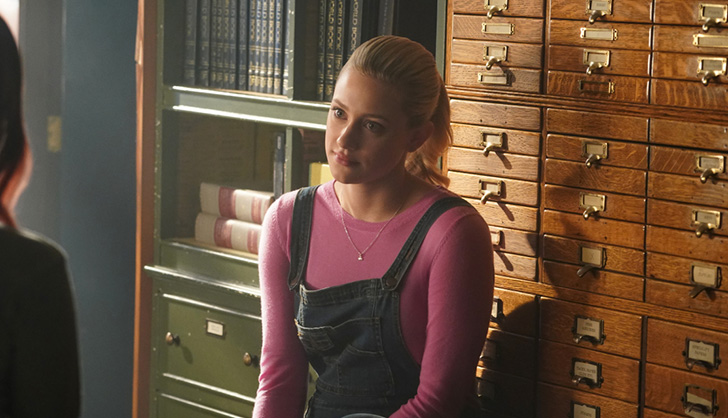 With her dad taken care of, Betty turns to her next problem: her mom Alice’s (Mädchen Amick) upcoming wedding to Edgar (Chad Michael Murray). When Evelyn (Zoé De Grand Maison) gives Betty sass at school, Betty takes it upon herself to learn more about the Evernever family.

So, she breaks into the school and takes photos of Evelyn’s file. After making a few phone calls, Betty learns that Evelyn has been repeating her junior year (as in, pretending to be 17 years old) for more than a decade. The worst part? Her goal is to recruit people to The Farm.

Betty turns to a social worker in an attempt to regain custody of Polly’s (Tiera Skovbye) twins, who are currently living at The Farm. And the social worker confirms what we never saw coming—Evelyn is not only 27 years old, but she’s also Edgar’s wife, not his daughter.

Betty enlists Toni (Vanessa Morgan) to help her break into The Farm and steal the twins. After grabbing the babies from the nursery, Toni leads Betty to a room filled with cult members. As it turns out, Toni is now loyal to The Farm, and she wants Betty to come around, too.

When Betty spills Edgar and Evelyn’s secret, Alice confirms that she’s more brainwashed than ever. “You think I don’t know that?” she says. “There are no secrets here at The Farm.” 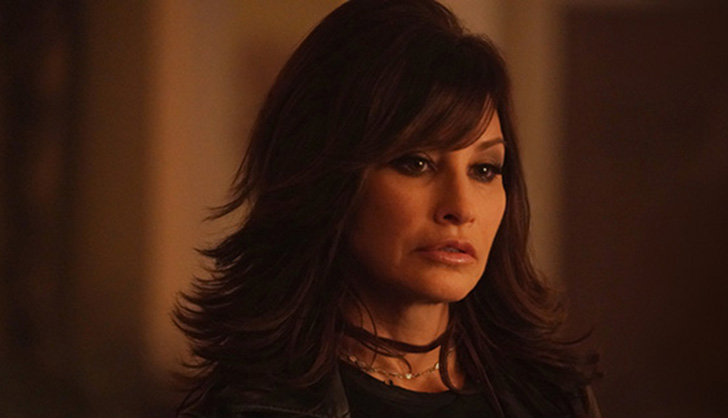 The episode concludes with a brief—yet important—montage. Here are the key takeaways:

Is Hiram behind Hal’s accident? And who is the real Gargoyle King? Guess we’ll have to wait until Riverdale returns to The CW next Wednesday, May 1, at 8 p.m.