Wait, Rihanna Has a New Boyfriend? Everything We Know About Hassan Jameel 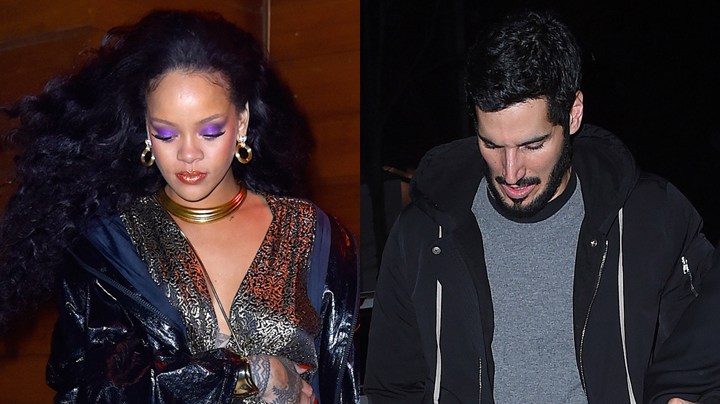 ICYMI: Rihanna recently chatted with Interview magazine and confirmed that she’s “in love” with her boyfriend of two years, Hassan Jameel.

If you’re thinking, Wait, RiRi is dating someone!? You’re not alone. So, we’ve rounded up everything you need to know about the 31-year-old singer’s new man. (You know, just in case they jump on the surprise celebrity engagement bandwagon.)

Who Is Hassan Jameel?

Jameel is a really, really wealthy businessman. He comes from the 12th richest family in the Middle East, with a combined net worth of a cool $1.5 billion, as Forbes reports. (They own Abdul Latif Jameel, which is a distribution company for Toyota Motors in several Middle Eastern countries.)

Jameel happens to be the president of the company’s charity division, Community Jameel Saudi Arabia. According to the official website, the organization focuses on “the social, cultural, educational and economic development of individuals and communities in the Middle East region and beyond.”

Oh, and did we mention his family business is the title sponsor of the Saudi Football League? NBD.

What’s His Affiliation With Rihanna?

Romance rumors between Rihanna and Jameel first started circulating two years ago when they were spotted smooching in a pool while vacationing in Spain. Since then, they’ve made no effort to conceal their multitude of romantic getaways to Europe and Mexico.

Back in February, the couple even celebrated RiRi’s 31st birthday at the Los Angeles Lakers game.

What’s Next For The (sorta) Famous Couple?

While they haven’t hinted at a potential engagement, we wouldn’t be surprised if Jameel popped the question in the near future. Besides, if Rihanna really is “in love” with her beau, we wouldn’t blame her for wanting to add an accessory to that finger.

Rihanna Reportedly Has a Gardening Line in the Works and Please, oh, Please, Let It Be True