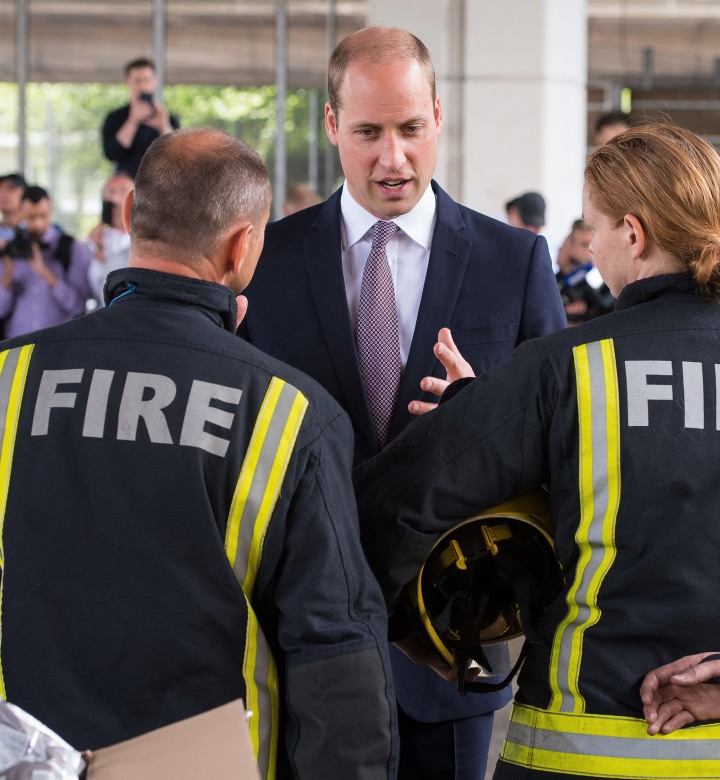 The monumental hug took place while the prince and his grandmother, Queen Elizabeth II, made a touching visit to families and rescue workers affected by June 14's devastating Grenfell Tower fire. His royal highness was so overcome with emotion while speaking with a woman desperate to find her husband (who was trapped in an elevator during the fire) that he reached out to hug her. Historically, members of the royal family are only allowed to make contact with others by shaking hands.

In addition to offering emotional support, William, Duchess Kate and Prince Harry have also donated to a fund assisting families left homeless in the wake of the tragedy.