Kate Middleton just stepped out for a rare appearance with her youngest child, Prince Louis, and damn, he’s growing up fast.

Today, the Duchess of Cambridge, 37, attended the King Power Royal Charity Polo Day in Wokingham, England, where Prince William and Prince Harry faced off in a competitive match.

While Middleton brought all three of her children—Prince George (5), Princess Charlotte (4) and Prince Louis (1)—we can’t take our eyes off her youngest son, who is turning into a toddler right before us. 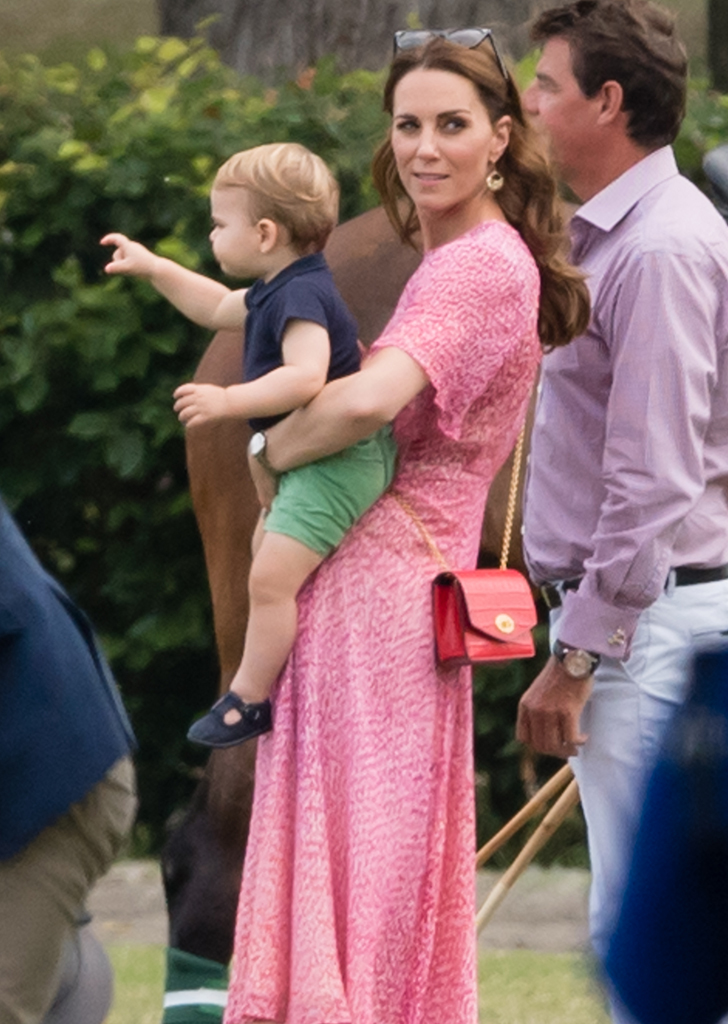 During the event, Middleton was seen chasing and holding Prince Louis, who is practically half her size. She and Markle were also spotted laughing when the young royal tried on his mom’s sunglasses. (Taking after his sister, Princess Charlotte, perhaps?)

Prince Louis wore a fitting outfit to the charity game, including green shorts, a navy-blue polo shirt and matching shoes. The duchess, on the other hand, opted for a vibrant pink summer dress by L.K.Bennett, and we’re totally digging the bright color scheme.

The polo match took place at the Billingbear Polo Club. The event marks the first time that the Fab Four—William, Kate, Harry and Meghan—made a joint appearance this year with their family in tow, so “big deal” is an understatement.

On the bright side, we’ve been long overdue for a Prince Louis sighting.