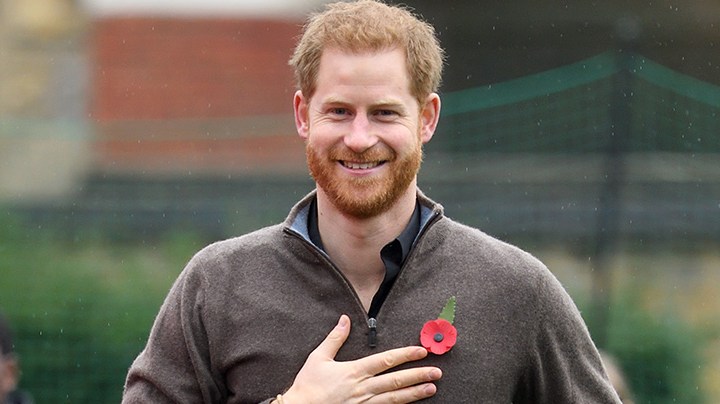 A disruption in royal protocol? We must get to the bottom of this (literally).

Today, Prince Harry greeted the British team for the next Invictus Games at the Honorable Artillery Company in London. However, it was one of Britain's competitors who made headlines for an unintentional reason. Linsey Kelly was trying to put her arm around the Duke of Sussex's waist for a selfie when she accidentally brushed against his butt instead.

"Oh my gosh! I just put my arm around him and it all went a bit wrong. I said: 'Oh I am sorry, my arm has just [got] stuck on your bottom,'" Kelly told the Daily Mail. "He just laughed, thankfully. He is so friendly. He is so normal, ex-serving military, he knows what we are about and can relate to what we are talking about."

We're just glad Kelly didn't have to face the wrath of the royal's security. She'll be competing alongside 65 other injured and wounded military veterans and service personnel next year from May 9 to 16 at The Hague in the Netherlands.

The Duke of Sussex founded the Invictus Games Foundation after attending the Warrior Games in Colorado back in 2013 and was inspired to provide a Paralympics-style event across the Pond. After five years, Prince Harry wants to continue to change the perception of disability and mental health.

Throughout the whole event, he was all smiles while spending time with the future contestants. Kelly's mishap was nothing more than a minor mistake, but definitely a great story to tell her family and friends later.

Prince Harry’s Next Major International Trip Is Way Sooner Than You Think (Like, Next Weekend)