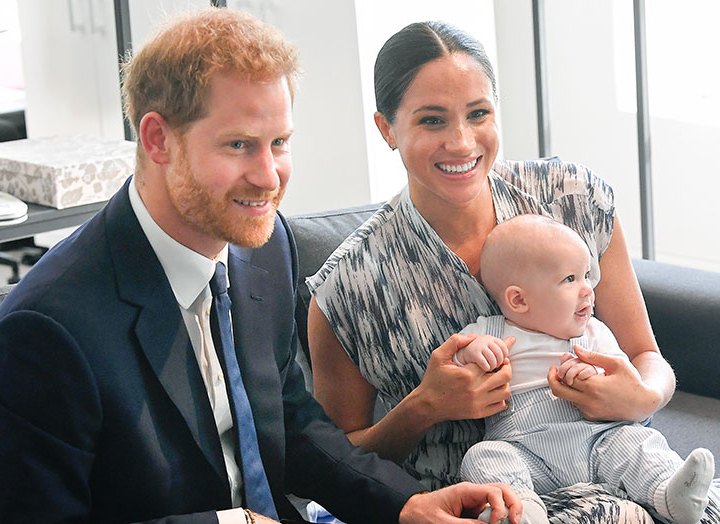 It's only been a year since the Duke and Duchess of Sussex welcomed their first child together, but according to Meghan Markle, Prince Harry is already doing a stellar job of raising their little boy, Archie Mountbatten Windsor.

The former actress, 39, recently sat down with Gloria Steinem to chat about voting, representation and feminism. Not surprisingly, as they discussed women's rights, Markle couldn't help but bring up the fact that her husband is a proud feminist dad.

She revealed, "As I’ve gotten older I’ve been able to understand that it’s not mutually exclusive to be a feminist and be feminine. And to own that and harness your femininity and your identification as a woman in all of the different layers." When Steinem responded with, "Well, you can be a feminist and be masculine and a guy," Markle gushed, "Like my husband!"

The Duchess immediately mentioned her husband's words when he dropped in during their chat, saying, "I love that when he just came in he said, 'You know that I’m a feminist too, right Gloria?! It's really important to me that you know that.'"

While they were on the topic of Prince Harry, Markle explained the one major thing that makes him such a great role model and dad to young Archie.. She said, "I look at our son and what a beautiful example that he gets to grow up with a father who is so comfortable owning that as part of his own self-identification. That there’s no shame in being someone who advocates for fundamental human rights for everyone, which of course includes women."

If you recall, this isn't the first time that Markle has mentioned the duke's support for gender equality. In 2019, on International Women's Day, she said, "There’s nothing threatening about a woman coming up to the same level. I hope that men are part of that conversation. My husband certainly is."

We imagine the same will be said about Archie when he grows up!