While at Meghan Markle and Prince Harry’s first joint public engagement of 2019, in Birkenhead, the duchess of Sussex donned a violet purple dress and cherry red coat and heels while cradling her six-months’ pregnant baby bump.

During the couple's visit to Tomorrow's Women Wirral, a charity that helps formerly imprisoned or abused women make "positive lifestyle changes," Markle was all smiles as she hugged her growing belly. 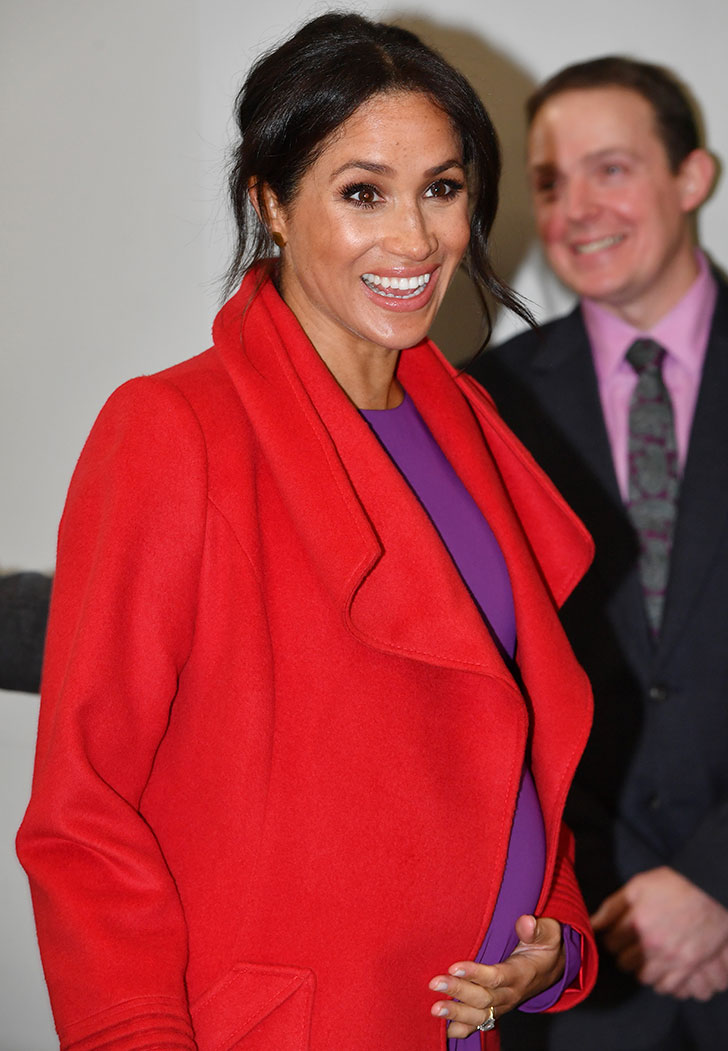 Prince Harry, who has always been an outspoken champion of female empowerment alongside his wife the duchess, had an announcement to make.

“During a discussion about Tomorrow’s Women Wirral being a women’s only centre Prince Harry, to our delight, declared ‘I’m a feminist’ and highlighted that it is equally important for men to support the movement in female empowerment!” Angela Murphy, CEO of Tomorrow's Women, told The Independent.

Meeting Carol in a Knit and Knat session – initially established in 2011 to support women upon their release from prison, @TomorrowsWomen has since expanded and now offers an extensive range of training courses and workshops for more than 6000 women. #RoyalVisitBirkenhead pic.twitter.com/SvUG9XfU3b

Yep, that settles it: You're going to make the most amazing dad, Harry.