Lizzo and Adele's Budding Friendship Is Our New Favorite Thing

It appears that two of our favorite celebrities are becoming fast friends, and we are all here for it.

In a new interview with ﻿People﻿, ﻿Lizzo discussed her burgeoning friendship with Adele. The “Truth Hurts” singer said that they first became close due to how much they had in common. “I met her at a birthday party or a Grammy party—I can't remember where because I was drunk at both,” Lizzo joked. “She's been through similar things that I have, and she's given me really good advice.”

But she didn't stop there. Lizzo continued, “We have very similar personalities and the way we think, and we just connected in that way. We're both supreme divas—we know our worth. And we're also both Tauruses.” 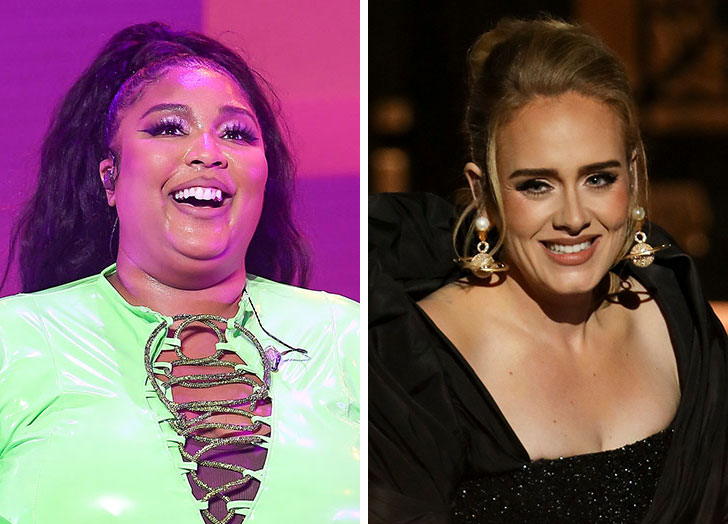 The pair's friendship became more apparent recently, when Adele hosted her Adele: One Night Only CBS special. As the “Rolling in the Deep” singer gave her first live performance in five years, she recruited some of her closest celebrity friends to witness the event. And who was sitting in the front row? Lizzo.

“When it came time for her performance, she extended an invitation, which was incredible,” Lizzo said. “She put my a** in the front row, which was even more incredible! It was so crazy—I was turned up.”

Following Adele's special, a viral video even circulated that showed Lizzo and Oprah Winfrey singing along to Adele's hit song “Hello” during the concert.

While reflecting on the concert, Lizzo said, “I was living, and we had a lot of fun.”

Adele just released her fourth studio album, 30, in mid-November, to critical and commercial success. Lizzo's highly anticipated fourth studio album has yet to be given an official release date, but we're keeping our fingers crossed that Adele shows up for a collab.

Stay up-to-date on every entertainment news story by subscribing here.