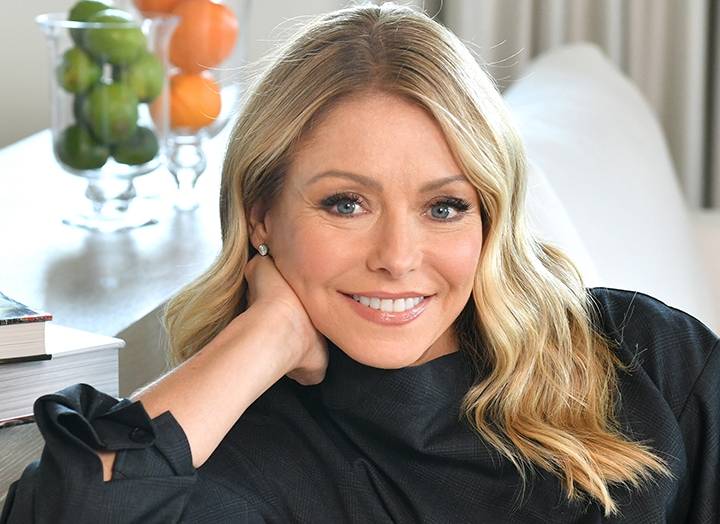 Kelly Ripa is opening up about what’s changed since returning to the Live with Kelly and Ryan studio. (And yes, the new protocol is just as strict as it looks on TV.)

PureWow recently sat down for an interview with the 49-year-old actress, who is currently promoting her partnership with Persona Nutrition. Ripa shared exclusive details about the show’s newly implemented social distancing guidelines—for example, she isn’t allowed to go near her co-host, Ryan Seacrest.

Ripa also confirmed that she and Seacrest are sitting six feet apart, despite what we see on TV. “Our desks are very far apart, even though they look like they’re next to each other,” she added.

She continued, “It’s a little bit surreal. I’m just glad that we’re all sort of in the same room, because it is very helpful to not have to wonder what’s going on in everybody’s mind. Once in a while, we heard our producers’ voices over Skype when we were doing the show over Skype, but you can’t really tell how somebody is doing when you’re only hearing their voice.”

Ripa is referring to when she had to host virtual segments of Live from her own home due to the coronavirus pandemic. Although we miss spotting her husband, Mark Consuelos, her return to the studio was a long time coming.

“We are all such a family that it was a lot harder on us than we originally realized that it would be,” Ripa said.