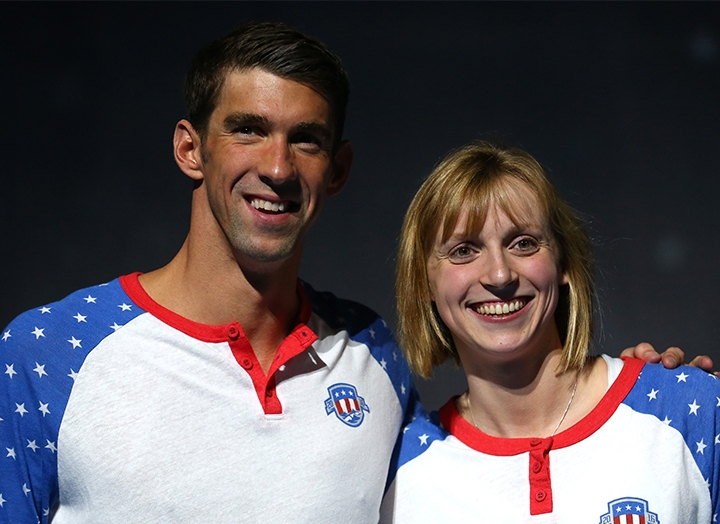 Katie Ledecky is recouping after her time at this year’s Tokyo Olympic Games. And now that she’s added a few more medals to her list of accomplishments, she’s reflecting on some of the best advice she’s received from friends and fellow athletes.

PureWow recently sat down with the 24-year-old swimming champion, who now has the most individual gold medals of any female U.S. Olympian ever, to chat about her latest partnership with BIC Soleil Razors for its “Game On” campaign. The initiative focuses on the importance of having self-confidence and not being afraid to show it in hopes of inspiring others.

During the interview, the gold medalist opened up about the advice she received from pal and fellow Olympian, Michael Phelps, who was cheering for her (and the rest of Team USA) from the United States.

“Michael is a good friend and a really great supporter and is always willing to give advice to me or any swimmer,” Ledecky revealed. “He always talks about controlling what you can control and encourages me in all of my training.”

For Ledecky, it’s all about trying to be in the moment every step of the way. She continued, “I think that's the biggest thing is to really just enjoy the journey and enjoy the process, which is something that I feel like I’ve really done over the past several years during my international career. We need to not solely focusing on the end result or winning medals or breaking records. Just enjoying the day-to-day with your coaches and teammates and all of the people that help you get to that point.”

Ledecky also talked about her routine to calm her nerves before a race. “I just always try to remind myself of all of the work I put in,” she revealed. “So I think back to some specific workouts or some things I've done in training that give me the confidence behind the blocks and gives me the energy to know that I’m ready for that race and be my best on that given day.”

Now if only we could get a pep talk from Michael every now and again.

Stay up-to-date on all the latest news by subscribing here.