Newly single Katie Holmes was strolling the streets of New York City yesterday with daughter Suri Cruise, 13, in a skin-baring beige sweater and matching bra set. Cruise wore a white collared top and jeans, and the two looked like twins as they hailed a cab together. (See the pic here.) 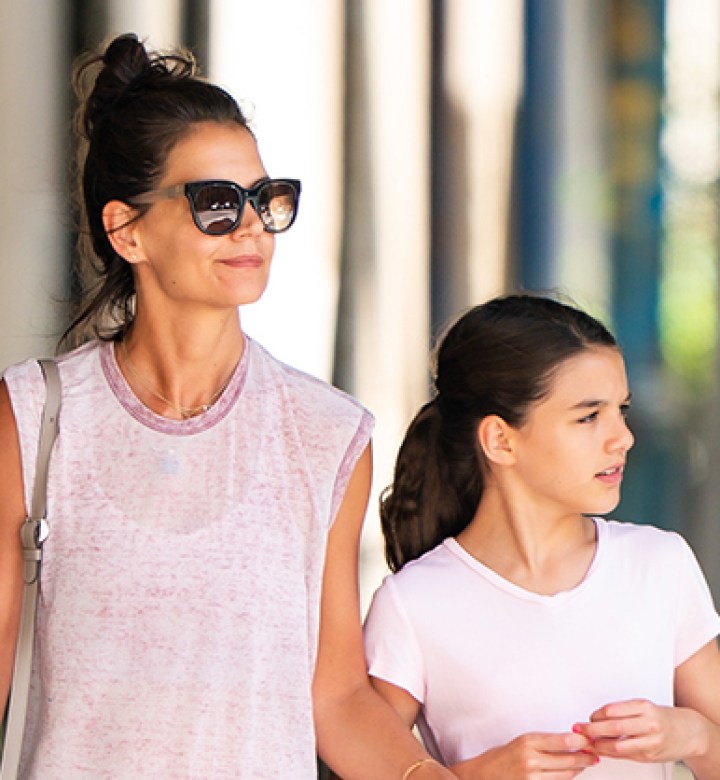 Yet another super-relatable fashion choice from the former Batman Begins actress, Holmes's sweater and knit bra combo by Khaite screams transitional weather outfit. She paired the slouchy cardigan, which she wore off her shoulder to show a bit of skin (we're loving the daring sartorial spin on this lewk), with high-waisted blue jeans and heeled mules.

Teenage Suri looked like the spitting image of her mom as the two grabbed lunch and coffee in the city. This is the second public appearance since early August, when the news broke that Holmes and Jamie Foxx had ended their six-year relationship, according to Us Weekly.

Thanks for the fashion inspo, relate-y Katie. Bookmarking this sweater/knit bralette combo for fall.