Prince Philip’s Land Rover wasn’t the only thing that Kate Middleton and Prince William borrowed for their latest date night. Turns out, Middleton also borrowed some jewelry from her grandmother-in-law, Queen Elizabeth.

ICYMI: On Wednesday, the Duke and Duchess of Cambridge continued their royal tour of Scotland by hosting NHS staff for a special screening at the Palace of Holyroodhouse—the official Scottish residence of Queen Elizabeth. Lucky for us, the couple shared photos and videos from the event on their joint Instagram account.

For the occasion, the mother of three opted for full-length blue and green tartan trench coat from Holland Cooper, while Prince William looked handsome in a suit. Middleton topped off her look with a pair of green heels and gorgeous sapphire earrings. 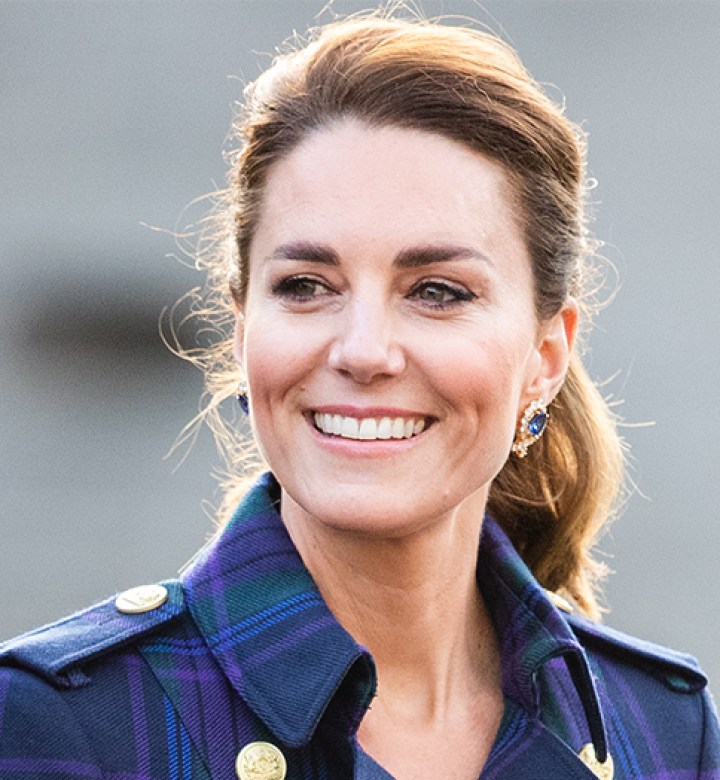 As People points out, the teardrop earrings were a loan from the 95-year-old monarch. Per the outlet, the accessories were given to Elizabeth by Sheikh Rashid of Dubai when she visited the Middle East in 1979. However, the gems were originally part of a necklace, which the queen commissioned to be shortened. Using the extra jewels, two sapphire loops were fashioned into a new set of earrings.

As we mentioned above, to attend the event, the royal couple got permission from Her Majesty to borrow a Land Rover that was once owned by the late Prince Philip. Per the Royal Family IG, the Land Rover, which was made in 1966, is a Series 2A and was used by the Duke of Edinburgh for “many years.”

We love to see Kate and Will paying tribute to both of their grandparents during this meaningful event.