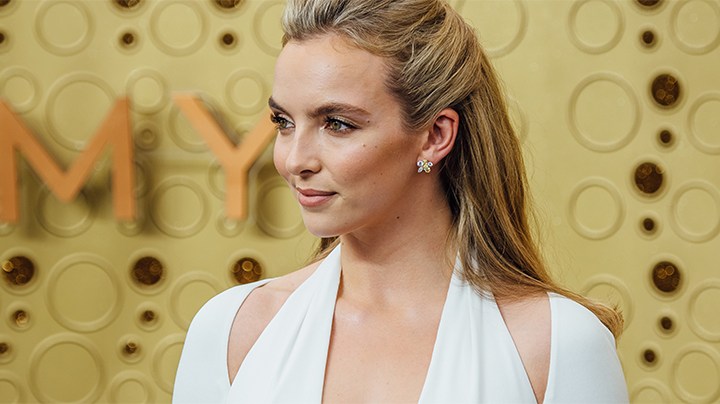 When Jodie Comer wowed in her Tom Ford dress and Catherine Deneuve—inspired hair at Sunday night’s Emmys, it was a victory not just for the Liverpudlian star of Killing Eve, but also for lazy hair washers everywhere. Celebrity hairstylist Mark Townsend (who did Comer’s hair for the awards show) sat down with PureWow to reveal his backstage secrets.

His “lazy” styling secret? Don’t wash your hair! “I told Jodie not to wash her hair on Saturday since the event was Sunday,” he says. “Second- and third-day unwashed hair is always the best for styling.” Tom Ford had decreed—when stars wear his designs, he often weighs in on their makeup, hair and undergarments (none, in this case)—that he wanted Comer’s hair to be sleek and off the face but visible over the shoulders. So fashion stylist Elizabeth Saltzman and Townsend chatted about how everything from Deneuve, Bardot and ’90s-era Kate Moss runway would inspire Comer’s locks.

“My secret is using Dove Rehydrating Mist,” Townsend says. “It’s from a line called Dove Care Between Washes that is made up of styling products that don’t dry out the hair. I smoothed the mist halfway down the hair shaft after I’d clipped in extensions for that red-carpet volume. Then, to make sure that she had some height, I activated dry shampoo foam in my hands and rubbed into her roots around the crown, to make sure to give it lift.

“And here’s one more hint to making you love your fancy dress transformation—with stars, we usually get ready away from a mirror, then they see their finished look. For Jodie, who is actually shy, we got ready in front of a mirror, so she could be part of the transformation. At the end, she laughed with approval and said, I look just like a Barbie!” An Emmy-winning look for a new Emmy winner.