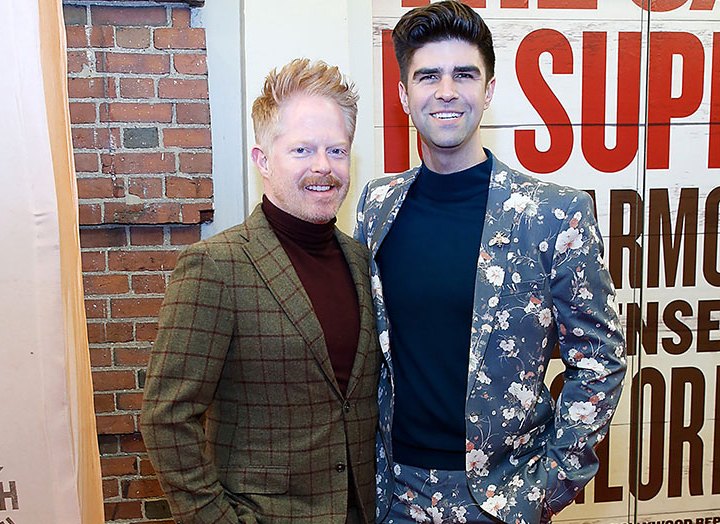 Congrats are in order for Jesse Tyler Ferguson and his husband, Justin Mikita!

People confirmed that the couple welcomed their first child on Tuesday, a baby boy named Beckett Mercer Ferguson-Mikita. According to a rep, the couple is “overjoyed and excited for this new journey as a family of three.”

In January, Ferguson surprised fans and The Late Late Show host James Corden by announcing he was expecting his first child with Mikita. At the time, he didn’t provide any more details about the baby and left us patiently waiting for July to roll around.

“It’s when you finally become an adult I feel, I need to start getting serious about things,” Ferguson told Corden on the show. “Actually, this is something I haven’t even mentioned to anyone if we could just keep it between the three of us and you all, but I’m actually expecting a baby in July with my husband.”

A month after breaking the baby news, the Modern Family star hosted a baby shower with a few of his former costars like Sofía Vergara and Sarah Hyland, and a long list of celeb friends like Lisa Rinna, Jen Atkin and Betty Who, to name a few.

He shared the moment on IG and began the caption with “Justin and I did NOT want a baby shower but we are so glad we gave in!” before ending it with a sweet note to his husband, “Can’t wait to go on this adventure with you @justinmikita!”

While we wait for a sneak peek of their new baby boy, we’re sending many congratulations to the new dads!