In the upcoming Netflix holiday rom-com, Single All the Way, the timeless Jennifer Coolidge is in her usual hilarious form, but it's her fashion that truly steals the show throughout the movie. Whether she's wearing starry ornaments as earrings or dressing up as Glinda the Good Witch from The Wizard of Oz, there is no shortage of iconic costume choices for Coolidge.

In a conversation with PureWow, Coolidge discussed her character's plethora of zany outfits in the film. The White Lotus actress revealed that many of the costuming choices were guided by the film's screenwriter, Chad Hodge. “He was very specific, like he was very specific about what those earrings were supposed to be,” Coolidge said.

But one of Coolidge's favorite costume pieces was actually one she provided herself. During the movie, Coolidge's character, Aunt Sandy, wears a long leopard coat, which has apparently been in the actress's wardrobe for quite some time.

“I had this old leopard coat at my house that I hadn't worn and I had it shipped out to me in Montreal where we shot [the film],” she said. 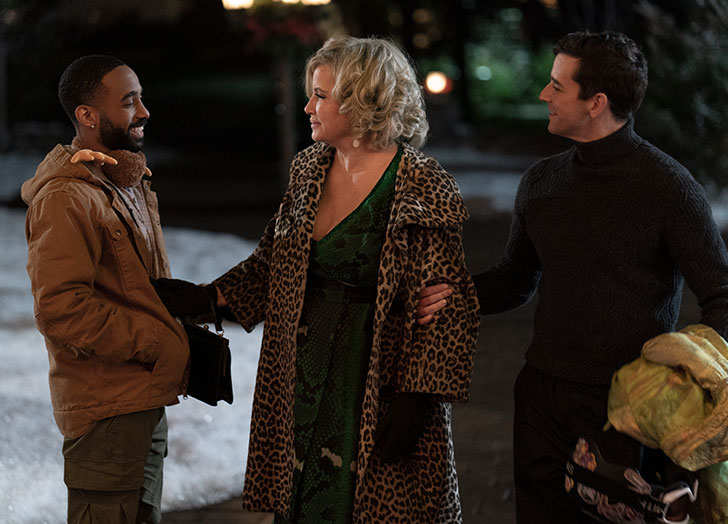 “I really liked wearing that [coat],” Coolidge added. “I wanted to make it very clear that my character didn't have any money and I thought, ‘Why not just use my own jacket from when I didn't have a dime?’”

Now we'll be paying even more attention to the leopard look when Single All the Way premieres on Netflix on December 2.

All I Want to Do Is Dress Like Cate Blanchett in ‘Where’d You Go, Bernadette’