Time to dive in. 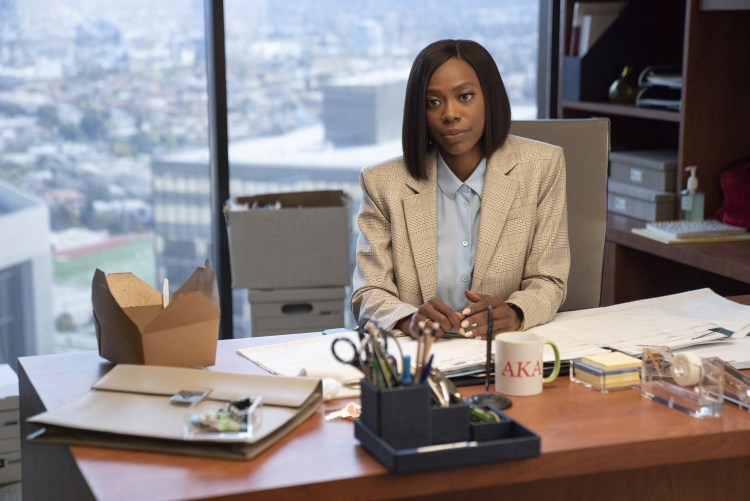 In season three, episode six of Insecure, titled “Ready-like,” we start right where we left off: with Issa (Issa Rae) and Lawrence (Jay Ellis) staring at each other in a convenience store in Coachella Valley while Chad (Neil Brown Jr.) slurps on a fountain drink.

Issa asks what Lawrence has been up to since their heartbreaking goodbye in the season two finale and a montage plays of him leading a meeting at his company, sleeping with a lot of women and generally living a P. Diddy kinda lifestyle (until he gets chlamydia). Even so, he responds with a simple, “Not much.”

Back in Los Angeles, Issa gets paperwork to form her non-profit, a company that hosts music events for young people in low-income areas, and the office clerk helping her is less than encouraging. She leaves discouraged, but luckily Nathan (Kendrick Sampson) is waiting for her with some words of affirmation and kisses. He assures her she’s doing the right thing in pursuing her passion and trying to plan a positive event.

Later, Issa brainstorms for her project while they lay in bed. Nathan seems distracted and then asks, “How do you know if it’s real?” and tells her he really likes her. Issa is surprised and says she didn’t know “they were allowed to say that s**t,” but that she really likes him too. They agree that they don’t normally like people, because, as we all know, “people are trash.”

While they enjoy the throes of new romance, Lawrence is basically doing the opposite. He instead has to take a trip down drunken memory lane and call every girl he’s slept with recently to inform them that he has chlamydia. Yikes.

Molly (Yvonne Orji) has some love issues of her own. She still hasn’t picked up her jacket from her Coachella bae, Andrew (Alexander Hodge), because she’s embarrassed of how she acted while she was high. But, at Issa’s insistence, she finally agrees to meet up with him to make the exchange and he asks her on a date. She says that she has a lot going on and can’t right now. Later, when she meets up with Kelli (Natasha Rothwell) and Issa to prep for Tiffany’s (Amanda Seales) upcoming baby shower, she gets the third degree for denying him when she’s “so single.” She’s so single in fact, that they venture to guess that she probably has tumbleweeds rumbling around down there.

Issa, however, is happy as can be with Nathan. She gushes about how supportive he is and how he’s helping her work on her new business, which she’s decided to call Musiqal Inc. She clarifies, “but musical with a ‘q’ because we put together events quickly.” The girls aren’t on board with the name and erupt in laughter. 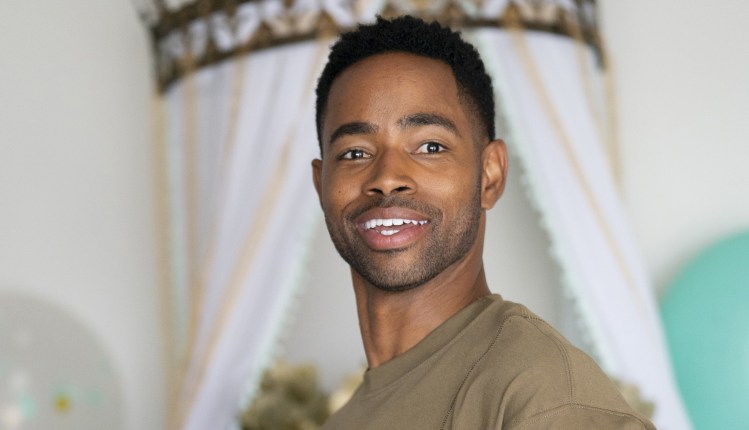 Meanwhile at a trendy bar, Chad tries to comfort Lawrence about his STD. Lawrence says he’s tired of having promiscuous sex, but Chad assures him he’s living the dream. Tiffany’s husband, Derek (Wade Allain-Marcus), arrives and shares how excited he is to become a dad because he knows he’s going to crush it. Chad says he would have crushed being a husband (remember his fiancee we never saw?), but it didn’t work out that way. When the guys point out that he cheated on her, he reminds them that Issa is a cheater too. They ask if Lawrence would ever take her back and he responds no because he’ll always think of her as a cheater. They call Issa a couple of choice words, but Lawrence defends her.

The next day, Molly and Issa arrive at Tiffany’s baby shower early in hopes of helping her set up. However, a group of women they’ve never met who Tiffany calls “the crazy crew” arrived “early-early” and already handled it. One of the crazy crew women, Blair (Briana Henry), is especially condescending as she takes their diaper cake and sets it aside. Then Issa and Molly head out to help Tiffany’s sister set up chairs, but not before they come upon portraits of Tiffany mimicking the holy trinity of pregnancy announcements: Cardi B’s, Beyoncé’s and Serena Williams’s. At the end of the series there’s one we don’t recognize of Tiffany dressed as a queen. A particularly astute partygoer says she thinks it’s Tiffany’s way of establishing herself as a pregnant icon. Oh, dear.

Outside, Issa confides in Molly that Nathan hasn’t spoken to her in a day and a half, which is even weirder because Lyft called her and said they launched an investigation on the car fistfight that brought them together. 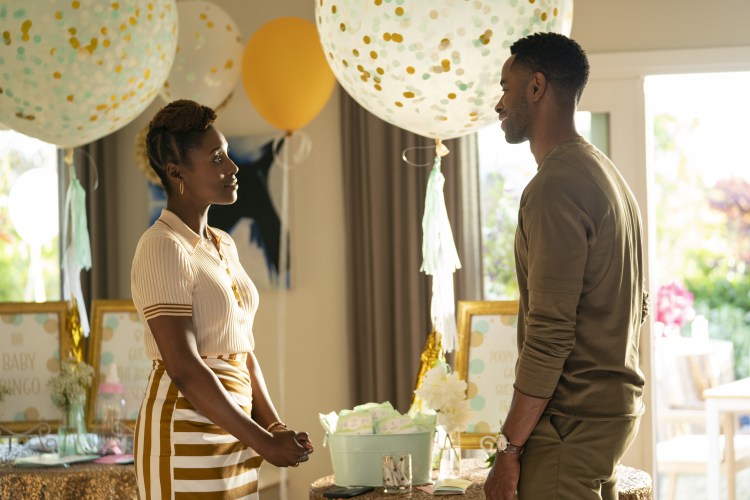 Then, they spot Lawrence, and Issa goes over to say hello. They catch up; she tells him about quitting her job and starting her own business and commends him on making his company such a success. It’s familiar and a touch flirty, which inspires Molly to walk over and say hello to Dro (Sarunas J. Jackson). He starts things off confrontationally and says, “Oh, so we’re speaking now?” She responds, “Thanks for reminding me why this didn’t work,” and walks away in a huff.

At the same time, Kelli has a meltdown because the crazy crew won’t put her cupcakes out as “there’s only room for one signature desert on the table.” She stomps out of the house and Issa and Molly follow. They ask her what’s really wrong and she admits she’s upset she’s losing her best friend to a baby. A frustrated Tiffany joins them outside, and asks what the deal is. So, they tell her they’re offended that they weren’t asked to help plan the shower. She reminds them that none of them even offered to host the party and so when Blair asked she had to say yes. They look dumbfounded and come up with flimsy excuses. And that’s when Tiffany drops the hammer and tells them Blair ultimately was able to do a better job because she already has a child. Yup, the deepening divide in their friendship just got even bigger. 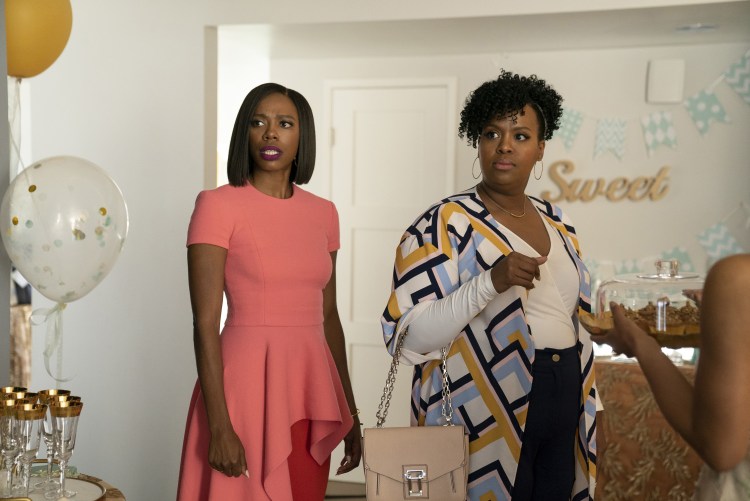 Back inside, Issa tells Molly about how it felt to see Lawrence again. She says it felt good, because she realized she’s completely over him. Then, Candice (Gabrielle Dennis), aka Dro’s wife, comes over to say hello and Issa really overcompensates to make Molly comfortable. The awkwardness inspires Molly to text Andrew and take him up on his date offer.

At the same time, Derek asks Lawrence about how it felt to see Issa, and he has a different perspective. He says she seemed different and he really liked it. Uh-oh.

As the party winds down, Tiffany meets Molly and Issa in the kitchen while they do dishes. They tell her that Kelli left a while ago. They try to make an excuse for her but they all know she made an Irish exit because she’s upset. Tiffany tells them that Candice is pregnant, and Molly tries to keep her cool. But before they leave, Issa receives a call from Lyft saying they’ve closed the investigation. It seems they spoke with Nathan and cleared everything up. Issa is surprised that they heard from him when she hasn’t and realizes he’s avoiding her.

So, is Issa’s new bae now a thing of the past and, more importantly, does this leave room for Lawrence to swoop back in? And are the crazy crew girls going to become Tiffany’s new squad? Oh, and will Molly give Andrew a real chance? We’ll have to wait and see when Insecure season three, episode seven hits HBO on Sunday, September 23, at 10:30 p.m. PT/ET.

RELATED ‘Insecure’ Season 3 Recaps The Good, the Bad and the Hella Awkward