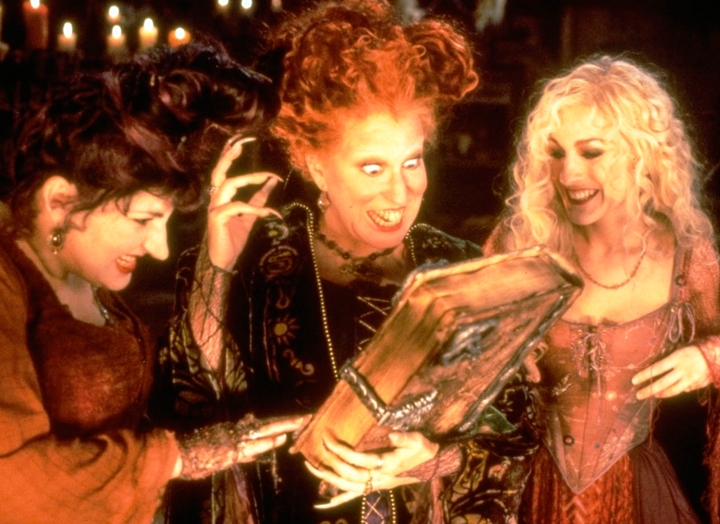 The Sanderson Sisters are getting back together, and no, this isn’t just a bunch of hocus pocus. (Ha.)

While Bette Midler’s annual Halloween charity gala is taking place only virtually this year, that’s not stopping her from conjuring up a cast reunion with fellow Hocus Pocus stars Sarah Jessica Parker and Kathy Najimy. We’ve only been waiting for a sequel to the witchy 1993 film since, well, 1993…so this is as good as it gets (for now).

The yearly costume party benefits the New York Restoration Project, Midler’s non-profit which restores parks and transforms green space for communities throughout New York City. This year, it’s been retitled In Search of the Sanderson Sisters: A Hocus Pocus Hulaween Takeover. Tickets for the one-hour virtual event—held on October 30—cost $10 and are available online now.

Per the website, it’s going to be “the hottest pandemic-safe Halloween event of the year,” with appearances from Midler, Parker, Najimy and other unnamed “spectacularly spooky guests.” There’s also limited edition merch (like black flame candles and spooky T-shirts) available for superfans to purchase ahead of the event.

As for another movie? Well, back in  2019, Disney+ did announce a sequel was in the works, with Jen D’Angelo (Workaholics) to write the script and Adam Shankman (A Walk to Remember, Hairspray) to direct. But we haven’t heard much since, other than that the cast is “very hospitable to the idea.”

Fingers crossed that we’ll get an update on October 30.

The 65 Best Halloween Movies of All Time