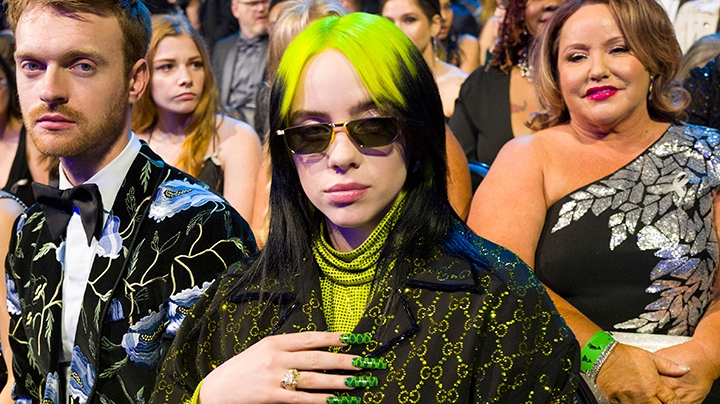 The Grammys just crowned another winner, and the lyrics are already stuck in our head.

Tonight, the music industry’s biggest stars gathered at the Staples Center in downtown Los Angeles for the 62nd annual Grammy Awards. During the ceremony, Billie Eilish won the award for Record of the Year for “Bad Guy.”

Record of the Year has been around since the first Grammy Awards ceremony in 1959. Because the category recognizes a single song, the statuette is given to the artist, the producers, the recording engineers and the mixers for that particular track.

The win officially dethrones Childish Gambino (aka Donald Glover), who took home last year’s award for “This Is America.” Other previous winners include “24K Magic” by Bruno Mars, “Hello” by Adele, “Uptown Funk” by Mars, “Stay with Me” by Sam Smith, “Get Lucky” by Daft Punk, “Somebody that I Used to Know” by Gotye, “Rolling in the Deep” by Adele, “Need You Now” by Lady Antebellum, “Use Somebody” by Kings of Leon, “Rehab” by Amy Winehouse and “Please Read the Letter” by Robert Plant and Alison Krauss.

Up next? The after-party.

The 11 Most Shocking Grammys Moments of All Time