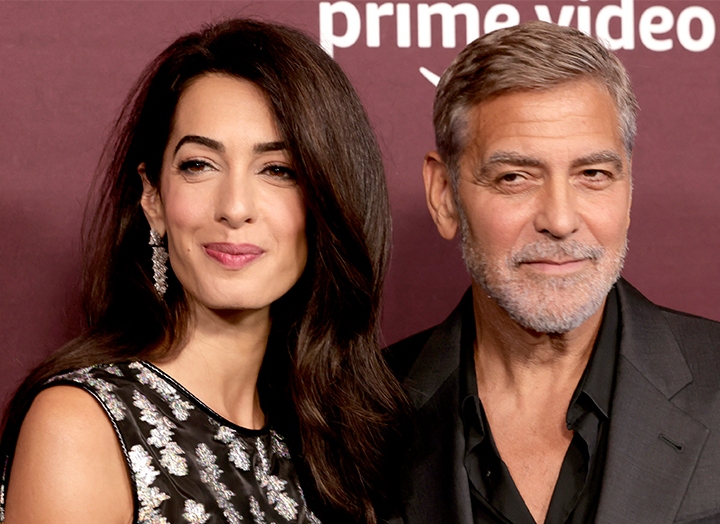 Amal and George Clooney are definitely at the top of the list of best celebrity couples. However, that doesn’t mean they're perfect. In fact, during a recent interview, the Ocean’s Eleven star opened up about one of the couple’s parenting “flaws.”

The 60-year-old actor attended the Los Angeles premiere of his new film The Tender Bar, on Sunday. While walking the carpet, he stopped to chat with E! News' Daily Pop about the flick (which he directed). During the conversation, George revealed that his four-year-old twins, Ella and Alexander, are not only impressive swimmers, but they are also bilingual.

“They speak fluent Italian, but Amal and I do not,” Clooney stated. “That's a flaw in our logic, right there.”  And while the twins may not be learning a new language from their father, he is a “great” teacher, according to Amal. The human rights activist told Entertainment Tonight that her husband’s current focus is teaching their children pranks.

“He's mainly teaching pranks for the time being. But we'll see if it develops,” the 43-year-old lawyer revealed. George's response? “Well, I think those can really pay off over time," he quipped.

The actor is no stranger to pranks. In fact, according to Page Six, the Casamigos co-founder once admitted to sending Meryl Streep voice-coaching CDs pretending to be Brad Pitt (a secret he managed to keep for years). “I sent that thing of voices to her, the greatest actress of all time,” George said, per the outlet. “I sent it from Brad with a card that said, ‘Dear Meryl, I hear you’re going to play the Iron Lady. This guy helped me with my accent in ‘Troy.'”

Looks like Ella and Alexander really do have the best teacher.