This Theory About Tyrion Lannister Will Blow Your ‘GoT’–Loving Mind

There’s a popular theory amongst Game of Thrones fans, more specifically book readers, and if it turns out to be accurate, it will really rattle the foundation of everything we thought to be true in the entirely fictional world of GoT. It’s a theory that has been floating around for a little while:

Could Tyrion Lannister (Peter Dinklage) actually be a Targaryen? More specifically, a Targaryen/Lannister bastard child? (Which would make his real name Tyrion Rivers, because Rivers is the Targaryen bastard name in the same way Snow is the Stark bastard name.)

Your first reaction is probably to recoil and say, “No way.” But take a deep breath, grab a cup of tea and think about it for a second. Wouldn’t it explain so much? Wouldn’t it create a wonderful narrative parallel between Tyrion and Jon Snow (Kit Harington)? One is a bastard who doesn’t realize he’s actually royalty and the other is royalty who doesn’t realize he’s actually a bastard.

Let’s get to the evidence and theory: 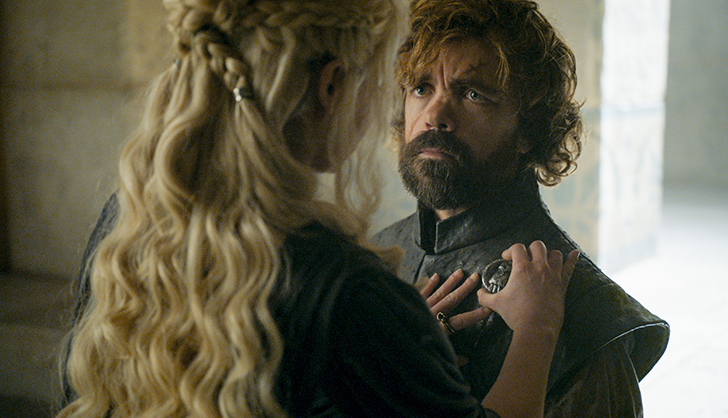 Prophecies are important in the world of Thrones. We know this to be the case via Melisandre (Carice van Houten) and her Jon Snow prophecies, the Three-Eyed Raven and his Bran (Isaac Hempstead Wright) prophecies, Cersei (Lena Headey) and the prophecies from that old woman in the woods about her life that have all come true and even Daenerys and all the prophecies she’s encountered in Essos.

There is precedent for prophecies coming to fruition, and perhaps the most important prophecy we’ve encountered in both the show and the books is that “the dragon has three heads.”

We don’t entirely know what this means, other than to speculate that it will take more than just Daenerys Targaryen (Emilia Clarke) to take back Westeros and protect the realm. It’ll take three dragons (which she has), and three Targaryens (which she doesn’t have yet). Now, we know that Jon is a second Targaryen, but assuming there have to be three, we have no idea who that third could be. As far as we know, Jon and Dany are the only living Targaryens on the planet, that is unless Daenerys is pregnant, which she most definitely is given all the heavy hitting over the head last season about how she’s barren.

But speaking of mothers, let’s look at the mothers of our three main characters: Jon Snow, Daenerys Targaryen and Tyrion Lannister. All three of their mothers died during childbirth. That could be coincidence, or it could be a clue into some sort of shared destiny they all have. 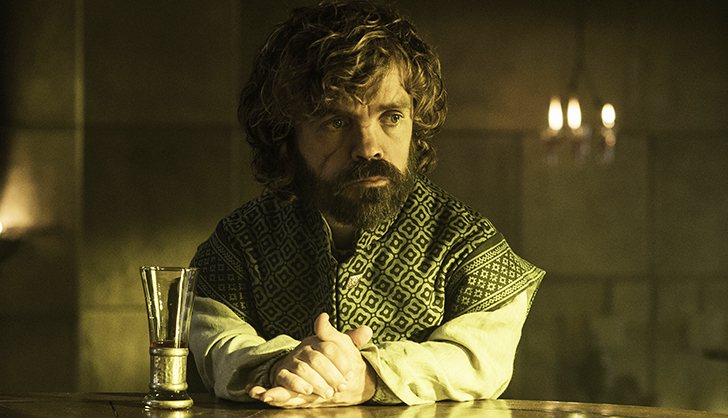 2. The Mad King And Joanna Lannister

He was always ogling her, and we know the Mad King had many mistresses. Is it that far-fetched to think this power-hungry lunatic would want to assert his power over Tywin Lannister by taking his wife as a mistress? It would also help explain why Tywin Lannister sent his pregnant wife back to Casterly Rock, far away from King’s Landing, got into a fight with the Mad King over it and that is what led to Tywin essentially being fired as Hand of the King.

Perhaps Tywin found out about the affair, sent his wife home to keep her away from the Mad King, which in turn infuriated the Mad King and led to him firing and banishing Tywin Lannister from King’s Landing. 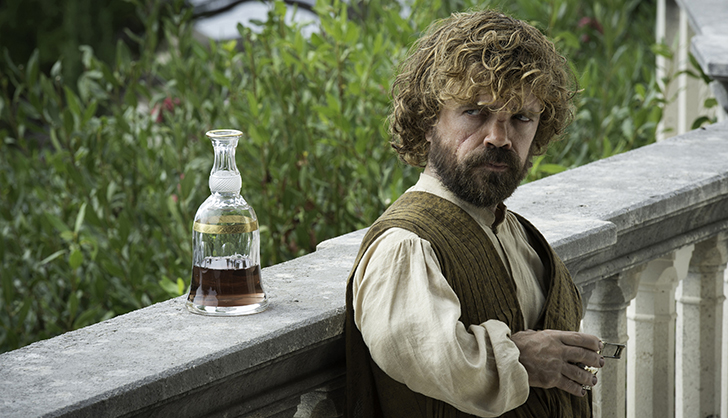 Tywin hates his son Tyrion, and the only explanation we have is that he is still angry at him for killing his wife during childbirth. But what if the real reason he was so angry at Tyrion was that he knows in his heart of hearts that Tyrion isn’t really his son? He knows that Tyrion is a bastard, and every time he looks at him he’s reminded of the affair that went on between his wife and the Mad King right under his nose.

I mean, for heaven’s sake, Tywin’s last words to Tyrion as he sat on the toilet dying were “You are no son of mine.” We all assumed at the time that those words were figurative, but what if they were literal? What if this was Tywin being as direct as possible in his final moments?

But why would Tywin raise Tyrion as his son? Why not just kill baby Tyrion and be done with it? Well, from what we know of Tywin, he is a man who cares tremendously about what other people think of him. Killing Tyrion would be akin to admitting to the entire world that he was cuckolded by the Mad King, and I think that might have been even more disgraceful to him than having a dwarf son. He probably thought, “If I can just put on a straight face, no one will know.”

Another thing we know about Tywin is that he truly did love his wife, Joanna, so while baby Tyrion wasn’t his, he was Joanna’s, and perhaps that love made it impossible for him to kill the blood of his one true love. 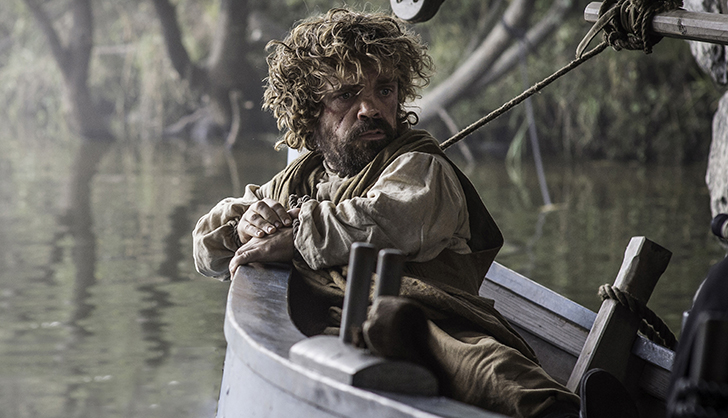 It could be that Tyrion’s dwarfism is the result of a failed abortion or some failed potion given to Joanna by Tywin in an attempt to kill the baby. But putting his dwarfism aside, Tyrion’s behavior, superior intellect and general sensitivity are all behaviors and personality traits we associate more with the Targaryen’s than we do the Lannisters. He also is said, in the books, to have more “silvery” blonde hair than Cersei and Jaime (Nikolaj Coster-Waldau), and also has two different colored eyes, which is a characteristic we only hear mentioned about one other character, a bastard daughter of King Aegon IV Targaryen.

He’s book smart, he cares about people of lower class, and he has an infatuation with dragons. He admits to having had dreams about dragons, which we know Daenerys had too, and he says whenever he asked his father about dragons, his father clammed up and said, “Dragons are dead.” We also saw Tyrion in season six, acting as a sort of dragon-whisperer with Viserion and Rhaegal. He clearly has some connection with dragons and an infatuation that seems to be deeply ingrained in who he is.

Tywin also essentially laughed in Tyrion’s face when Tyrion brings up the fact that he’s Tywin’s heir and will inherit Casterly Rock when the old man dies. So let’s move on to that… 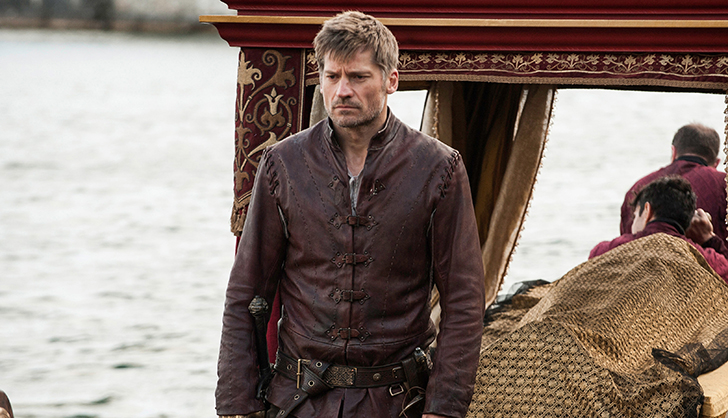 Jaime Lannister is the oldest son of House Lannister, but his inheritance was thrown away when the Mad King made him a member of the Kingsguard. Tywin was furious when this happened because he lost his strapping, perfect heir, and many thought the reason the Mad King appointed Jaime to the Kingsguard was just to say “screw you” to Tywin, but what if it was far more calculated than that?

What if the real reason the Mad King made Jaime a member of the Kingsguard was to put his bastard son Tyrion in line to inherit Casterly Rock and all the Lannister fortune? The Mad King may have been crazy, but he was also crazy smart. 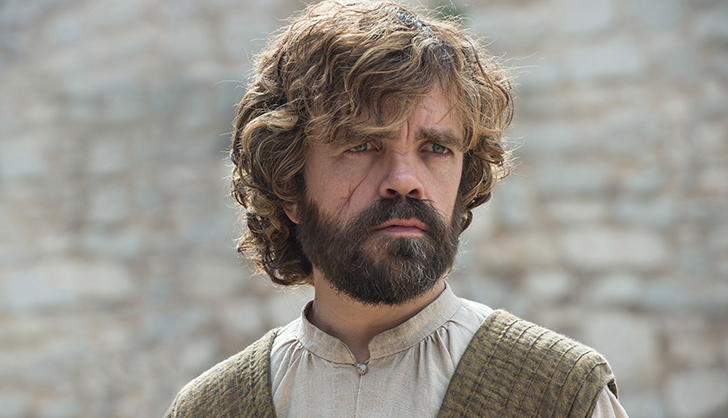 6. The Prince And The Pauper

These two characters who have had a bond since season one have actually in many ways been parallel lives. And both of their identities are so intensely associated with the lie they’ve been living. Being a Lannister is perhaps the most significant part of Tyrion’s identity while being a bastard is the most significant part of Jon’s. The irony of those both being lies is just too perfect. 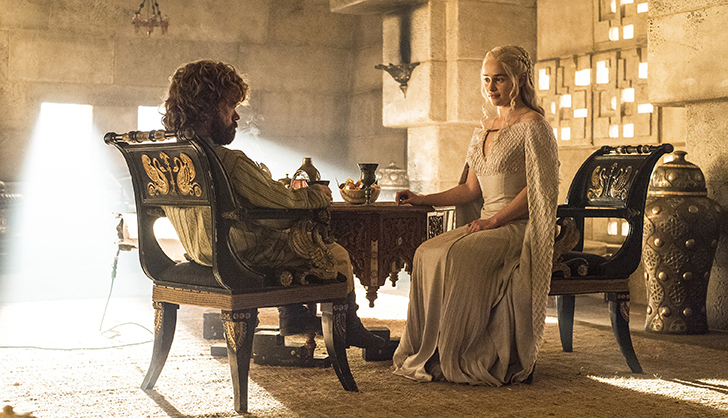 Daenerys Targaryen, Jon Snow and Tyrion Lannister are the three heroes of this show. That’s unquestionable. Together they represent all of the struggles and wars that exist in the world. They’re three misfits and cast-offs who killed their mothers during childbirth. And it could be that they’ve all been living lies with regard to their true identities. We know that Jon Snow isn’t actually a bastard. We know that Daenerys isn’t actually the rightful Queen of Westeros. And maybe, Tyrion isn’t actually a trueborn Lannister.