A Beloved ‘Game of Thrones’ Character Finally Made His Grand Return in Season 8, Episode 2 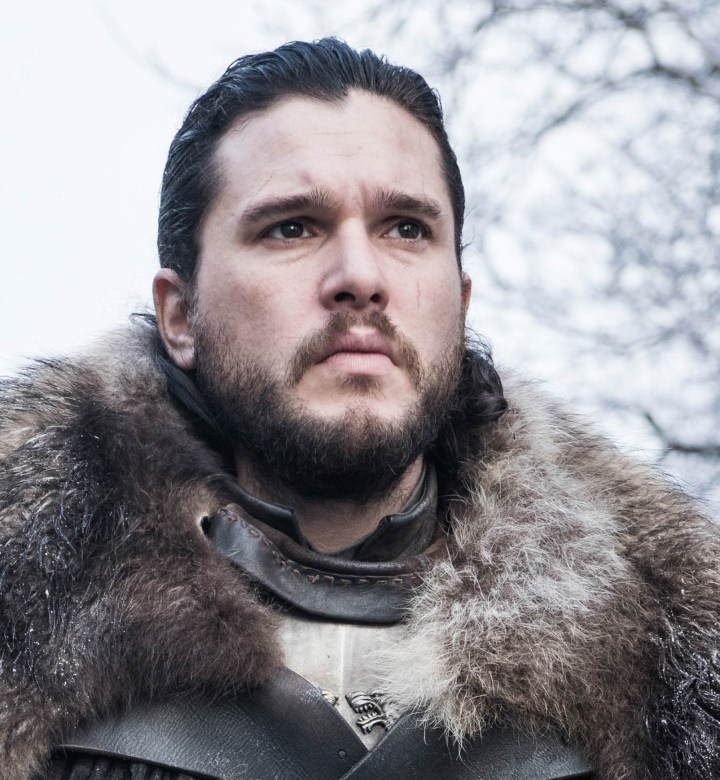 No one (except for maybe Joffrey Baratheon) can resist a cute pup. So, when a familiar direwolf face graced the screen in last night’s Game of Thrones episode, we couldn’t help but smile. At long last, Jon Snow’s (Kit Harington) beloved Ghost has returned, which begs the question: Where has he been this whole time?

We last saw Ghost in season six of the series when Jon was brought back to life. Ghost was noticeably absent from season seven, leading many fans to speculate about where he might be. Thankfully, leading up to season eight, GoT VFX supervisor Joe Bauer told The Huffington Post that he was still around and simply awaiting his master’s return to Winterfell.

“Oh, you’ll see him again. He has a fair amount of screen time in season eight,” Bauer said. “He’s very present and does some pretty cool things.”

True to Bauer’s word, Ghost was spotted in last night’s episode when Jon, Samwell (John Bradley) and Eddison Tollett (Ben Crompton) were standing watch at the castle wall. It wasn’t a huge reveal—he was just kind of chilling next to Samwell while they discussed why Jon hasn’t revealed his true identity to Daenerys (Emilia Clarke)—but it was heartwarming nonetheless.

Ghost has been a part of the fold since season one, episode two, when Ned Stark (Sean Bean), Robb (Richard Madden), Bran (Isaac Hempstead Wright) and Theon Greyjoy (Alfie Allen) came upon six direwolf pups in the forest. House Stark’s symbol is a direwolf and there were the same amount of puppies as there were Stark children, so it seemed fitting for them to adopt the litter. Now, seasons later, Ghost and Arya’s direwolf, Nymeria, are the only remaining Stark direwolves alive.

So why don’t we see them more frequently in the series? Well, they’re extremely expensive to include. Not only does adding a direwolf to a scene require footage of real wolves (which are notoriously difficult to train), but it also calls for a fair amount of CGI.

Hey, at least it looks like we’re going out with a direwolf bang this season. Fingers crossed Ghost will fight alongside Jon in the Battle of Winterfell when Game of Thrones season eight, episode three airs this Sunday, April 28, at 9 p.m. PT/ET on HBO.

The Major Detail You Probably Missed About Jaime’s Sword in ‘Game of Thrones’ Season 8, Episode 2