It’s been quite an exciting week for British tennis star, Emma Raducanu. The 18-year-old won the women’s championship tournament at the U.S. Open and attended the 2021 Met Gala within 48 hours.

Raducanu unexpectedly stepped onto the red carpet at the Metropolitan Museum of Art on Monday evening. For the event, the athlete swapped her tennis skirt for a printed monochrome ensemble, featuring a crop top, midi-length skirt and pearl-embellished belt. Oh, and we should probably mention it’s from designer Chanel. She topped off her look with matching earrings and a pair of black leather boots. See the full outfit below. 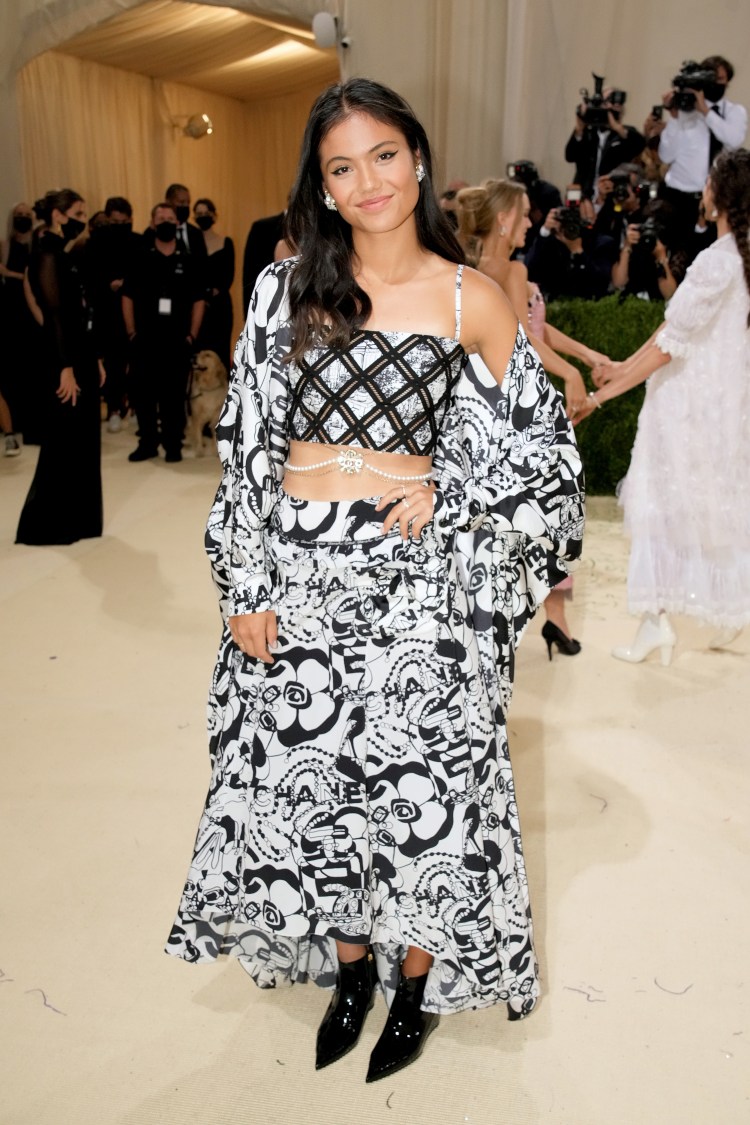 ICYMI: During Saturday's final, the British athlete beat Canada’s Leylah Annie Fernandez. And while we weren’t originally expecting to see the tennis player at the event, we’re not entirely surprised.

As Page Six points out, Anna Wintour is a major tennis fan. In fact, Raducanu is even featured in the October issue of British Vogue. And Wintour isn’t Raducanu’s only fan. Following her exciting win, Kate Middleton shared a personal message of congratulations on social media.

“Huge congratulations @EmmaRaducanu on your stunning performances and historic Grand Slam victory!” Middleton wrote on IG alongside images of the champion from the event. “Incredible—we are all so proud of you. @LeylaHannietennis well done on your amazing achievements at this year’s #USOpen, it’s been a pleasure to watch.” She simply captioned the post, “C.”

We can honestly say we’ve never had a week come close to one like this. Congrats on multiple levels, Emma.