Emily Ratajkowski is blessing our feeds with some gorgeous photos of her and her son, Sylvester Apollo Bear.

Ratajkowski and her husband, Sebastian Bear-McClard, welcomed their baby boy back in March, which Ratajkowski announced with a photo of herself cradling the newborn along with a caption that said, “Sylvester Apollo Bear has joined us earth side.” She also revealed one of the nicknames they have for their son, adding, “Sly arrived 3/8/21 on the most surreal, beautiful, and love-filled morning of my life.”

Now, the model has posted a rare series of photos where we get a full glimpse of the almost-8-month-old child. In the slideshow, Ratajkowski is seen rocking a variety of animal prints, including a pair of olive snakeskin pants and a cheetah print hat. Meanwhile, Sylvester is bundled up in a red puffer jacket, yellow and blue striped pants and a purple beanie.

In the caption, Ratajkowski put a bear emoji and a heart emoji.

It seems that Ratajkowski was feeling generous this weekend, because after sharing the series of mother-son pictures, the model posted another photo of Sylvester to her Instagram Story, where he is seen dressed up in a fuzzy monkey costume and staring intently at something offscreen. 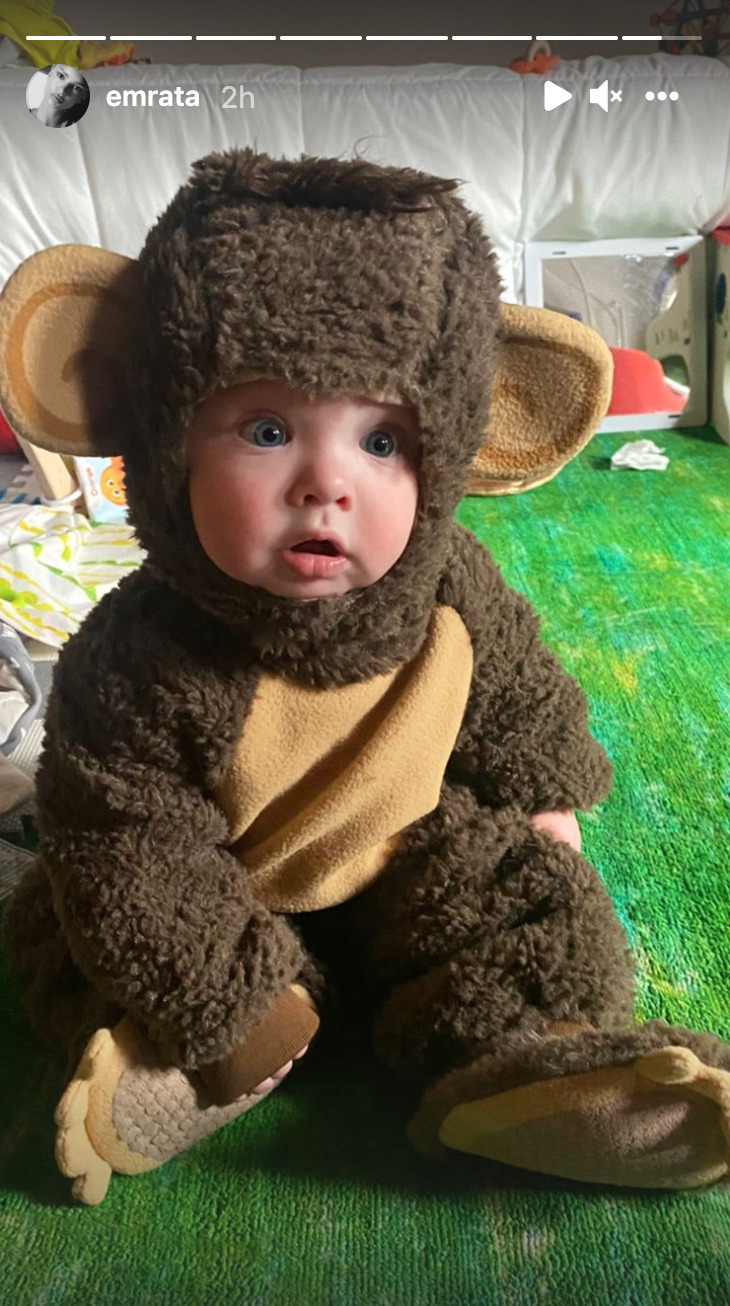 Prior to this weekend, the new mother had never made a post on her main page featuring her son's full face. Nearly all of the photos Ratajkowski shared were of her breastfeeding the newborn and she had either blurred out or cut out most of his face. Then, earlier this month, she gave the first full glimpse of Sylvester on her Story, before eventually making her most recent post.