Last night, America collectively groaned at the TV when Dale Moss proposed to Clare Crawley in the middle of The Bachelorette season 16. Although the engagement was planned at the last minute, that didn’t stop famed Bachelor Nation jeweler Neil Lane from producing a day-of ring, which is now proudly displayed on Crawley’s left hand.

So, how big is Crawley’s engagement ring? And how much did it cost? Here’s everything you need to know. 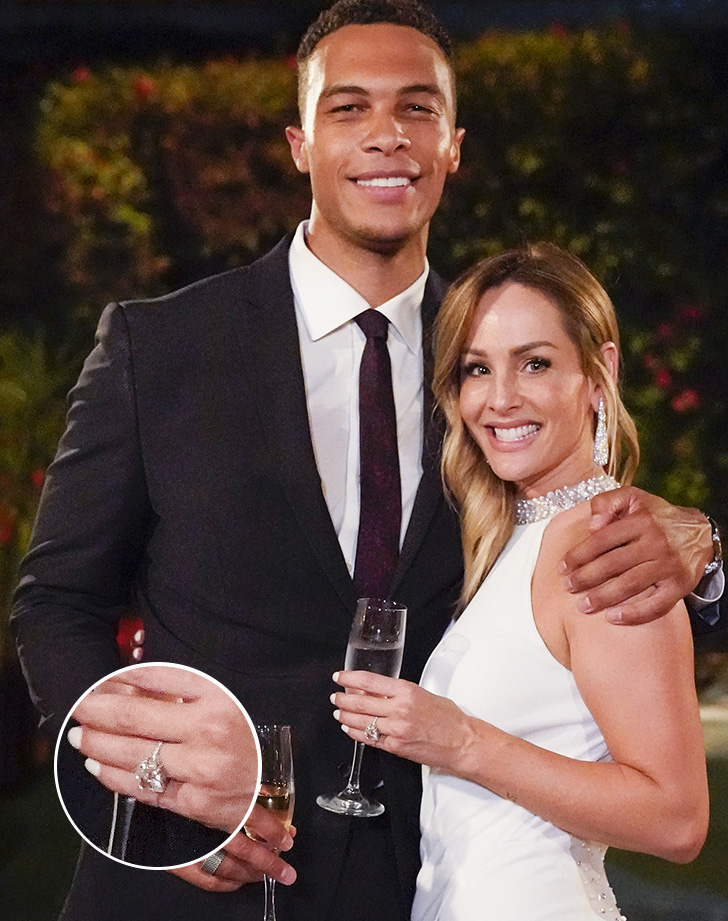 The ring features a large radiant cut diamond, which is accompanied by a stone on each side. The gems are situated on a platinum band that’s covered in more sparklers.

According to Kathryn Money (senior vice president of merchandising and retail expansion for Brilliant Earth), the engagement ring is estimated to be about four to five carats. “Clare’s stunning, art deco style engagement ring appears to feature an estimated 4-5 carat radiant cut diamond, framed by two accent diamonds and set on a diamond-adorned platinum band,” she told PureWow.

We’re not going to pretend like Moss actually paid for the ring. (It’s gifted to the couple on behalf of ABC and theirs to keep if the engagement surpasses the two-year mark.)

However, if Money had to guess, she predicts the sparkler cost anywhere between $100,000 and $150,000. The varying price range depends “on the quality and specific characteristics of the center gemstone.”

The Bachelorette returns to ABC next Tuesday, November 10, at 8 p.m.