While we'd love to know what Queen Elizabeth would put on a Spotify playlist, the royal family hasn't offered up that information quite yet.

Still, the queen gets to enjoy music being played right outside her home when the Changing of the Guard ceremony takes place. As we've previously learned, this ceremony—which occurs at Buckingham Palace, St. James's Palace and Windsor Castle—marks the moment when the current soldiers on duty, the Old Guard, exchange places with the New Guard. These troops march in their red tunics and bearskin hats while a medley of songs is performed.

And while one might assume the songs being played are always classical pieces or national anthems, that's not actually the case. It turns out that every once in a while, this event is accompanied by pop music, too.

This fun fact was shared on the royal family Instagram account, where they posted a video of the troops playing the '90s hit “Angels” by Robbie Williams. Over the video, they wrote, “Did you know that Changing the Guard often features pop songs as well as traditional marches?” In the next story, they said, “Today the band played a selection of Robbie Williams favourites.” 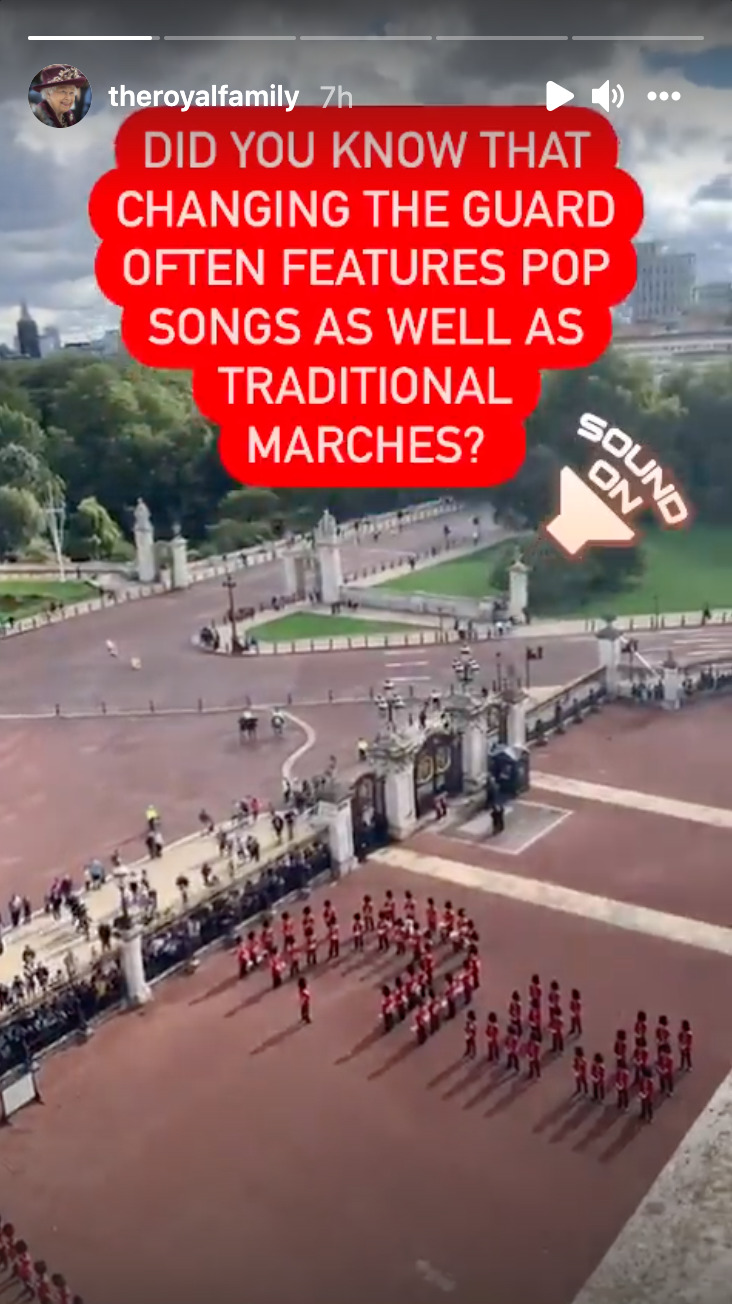 Along with the clips of the performance, they shared further information on the history and significance of the Changing the Guard ceremony.

In the next few stories, they wrote, “The guard change ceremony is carried out by soldiers on active duty from the foot guards. They have guarded the sovereign and the royal palaces since 1660. The ceremony is a reminder of the close relationship between the armed forces and their head - the queen.” 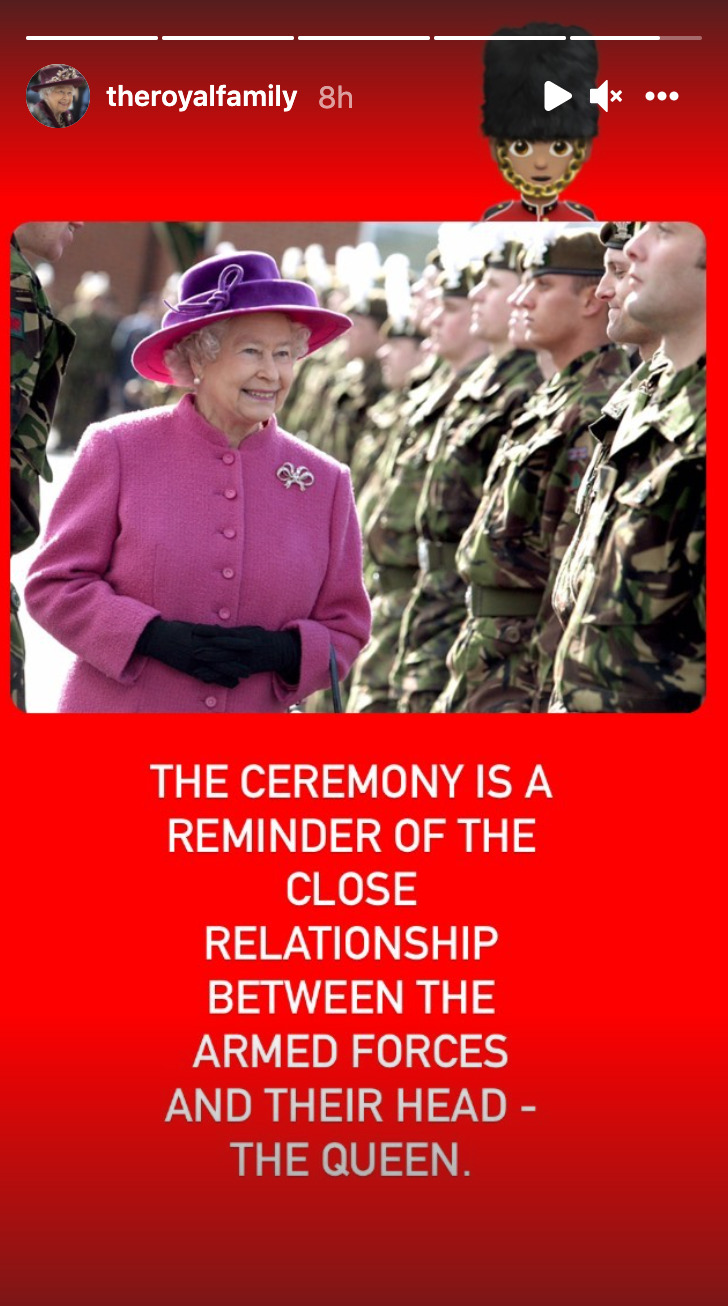 It's not exactly Coachella, but this performance still sounds pretty cool to us.