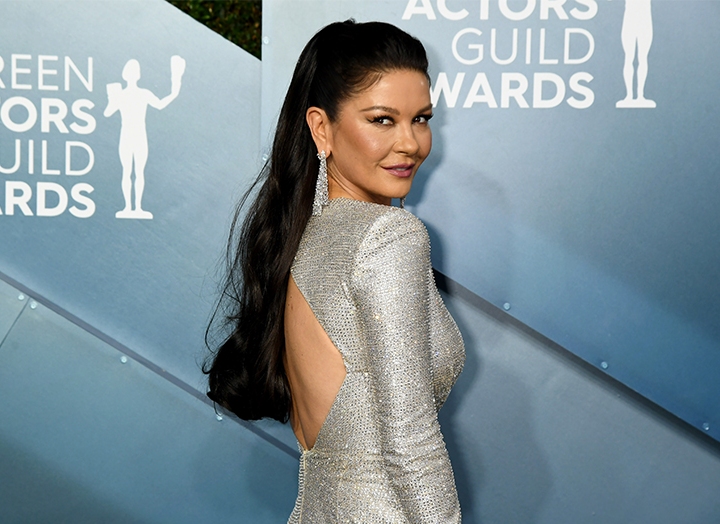 Morticia Addams is coming to Netflix. And we couldn’t think of anyone better to play her than the lovely Catherine Zeta-Jones.

On Monday, we learned that the 51-year-old actress was cast as the matriarch in Tim Burton’s upcoming Wednesday Addams series. Per Variety, Zeta-Jones joins previously announced cast members Jenna Ortega (who will star as Wednesday) and Luis Guzmán (who will play Morticia’s husband, Gomez).

It was announced earlier this year that Burton’s live-action Addams Family show had been given a straight-to-series, eight-episode order by the streaming platform. Titled Wednesday, the coming-of-age comedy was written by Smallville creators Al Gough and Miles Millar. Wednesday will not only mark the big return of the beloved family but Burton’s first live-action show and his TV directing debut as well.

Per The Hollywood Reporter, the series is described as “a sleuthing, supernaturally infused mystery charting Wednesday Addams' years as a student at Nevermore Academy. Wednesday's attempts to master her emerging psychic ability, thwart a monstrous killing spree that has terrorized the local town, and solve the supernatural mystery that embroiled her parents 25 years ago—all while navigating her new and very tangled relationships at Nevermore.”

In addition to directing, Burton is set to executive produce while Gough and Millar will also act as showrunners and producers.﻿ No word on when we can expect the series to actually hit our small screens, but with such an incredible cast, we’re willing to wait as long as we have to.