EXCLUSIVE: Why Carmen Ejogo Insisted on Changing Up *This* Feature About Amelia in ‘True Detective’ 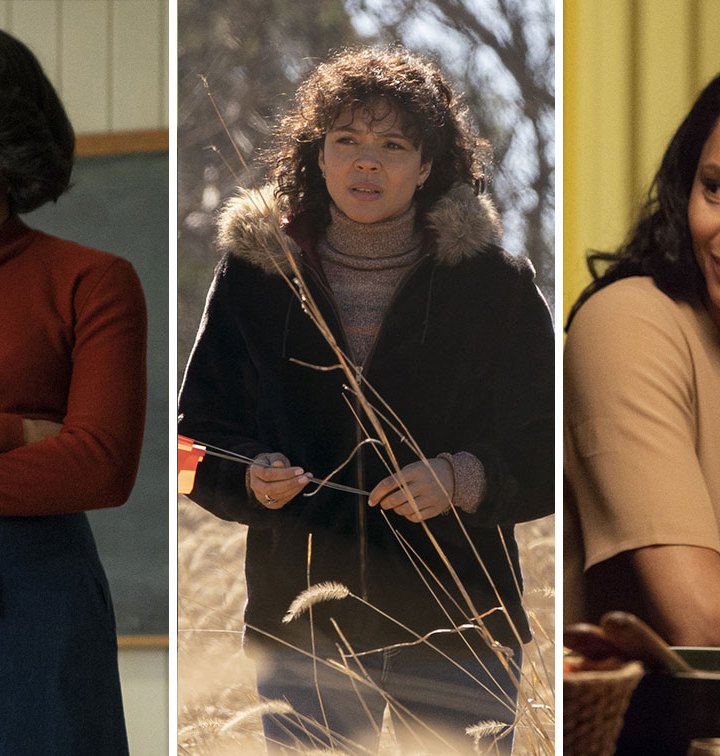 We already know there’s a lot more to Amelia Reardon (Carmen Ejogo) than meets the eye in the third season of True Detective. But the leading lady of HBO’s crime show finally proved it when she revealed certain details about her character that she insisted on switching up.

“I’m always very, very hands on when it comes to that stuff,” Ejogo told PureWow in an exclusive interview. “I thought a lot about the kind of writer Amelia aspired to be, who she considered to be her inspirations and who she would potentially want to emulate in terms of the way she dressed and the way she’s presented.”

“There are certain people, like Alice Walker, Gloria Steinem and Joan Didion that I’d hoped she’d be inspired by,” Ejogo said. “And the hair was a real fixation.”

Ejogo’s Amelia has been through at least a couple hair transformations already, from her short flippy bob to her long more hippie-inspired loose curls. And it wasn’t without Ejogo’s input that these hairstyles came about.

“Initially, [the costume designer] thought maybe [Amelia] had an Afro, and I really didn’t think I would. I thought that was very unlikely… That [Amelia] would be working at a predominantly white school where she already had some issues with the kids potentially muttering things in the corridors… I doubt that she’d be showing up, you know, with a full-on Afro, even if that’s essentially what she embodied in terms of her own politics and her own activism.”

This input gave birth to Ejogo’s ’70s-style chin-length bob with sweeping fringe. (And we’re—dare we say?—inspired to call our hairstylist and book an appointment ASAP.)

“So, then, she moved on, into the ’90s,” Ejogo continued. “And I really felt that [Amelia] was coming into herself as an artist and starting to feel more empowered and more self-actualized. So that was when I could feel confident to start wearing her hair more naturally without the same kinds of concerns for fitting in.”

“That was a really strong example of where the hair would start to take shape relative to where she was at—in her sense of self and her own personal growth.”

This isn’t the first time the actress has asked to add in details about the characters she’s playing. Ejogo made a similar call on the set of Fantastic Beasts and Where to Find Them when she asked costume designer Colleen Atwood if she could wear rings on her left hand for her role as Seraphina, leader of the wizarding congress in the U.S.

Ejogo, who has a knack for history, knew that left-handedness has always been associated with dark magic and superstition.

Don’t worry, we’ve already set a reminder to look for which hand Amelia’s rings are on for the next episode…

Tune into HBO next Sunday, February 3, at 9 p.m. for episode five of True Detective.