Bradley Cooper Explains *That* Romantic Moment Between Him & Lady Gaga 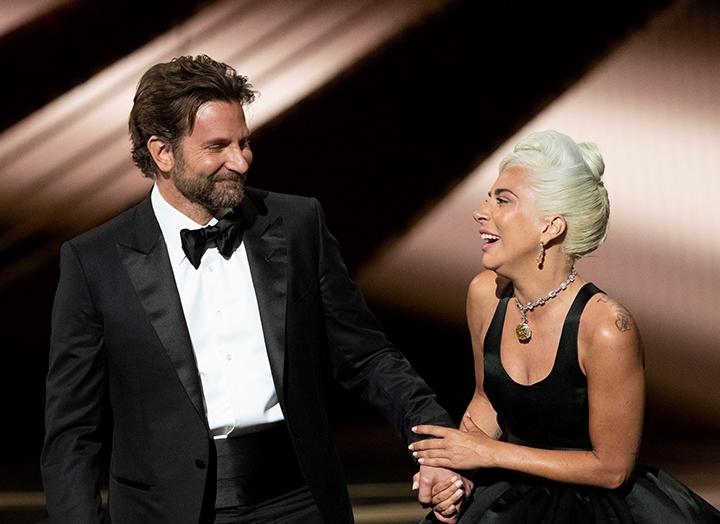 It feels like just yesterday Bradley Cooper and Lady Gaga played with our emotions in A Star Is Born, and then proceeded to break the internet with their romantic performance of “Shallow” at the 2019 Academy Awards. Now, two years later, Cooper is finally addressing those rumors.

Cooper recently sat down for an interview with the Hollywood Reporter for Gaga’s latest cover story. During the conversation, he revealed that although everyone thought they have feelings for one another, the romance was a way to continue the story of the characters—Jackson and Ally—off-screen. Not to mention, it also helped his nerves.

“Just from a personal standpoint, it reduces the anxiety level," Cooper states. “They kind of fall in love in that scene in the film. It's that explosive moment that happens to happen to them on a stage in front of thousands of people.…It would have been so weird if we were both on stools facing the audience.”

And that wasn’t all he had to say about his co-star. He also praised Gaga for her talent. He continued, “She's just so terribly charismatic and beautiful. When I met her, I thought, ‘If I can just harness that…then it's just for me to mess up.' But then, when we started working together, I realized, 'Oh, oh, the sky's the limit in terms of what she's able to do and her commitment level.’”

Two years later, it's nice to finally have some closure on that steamy performance.