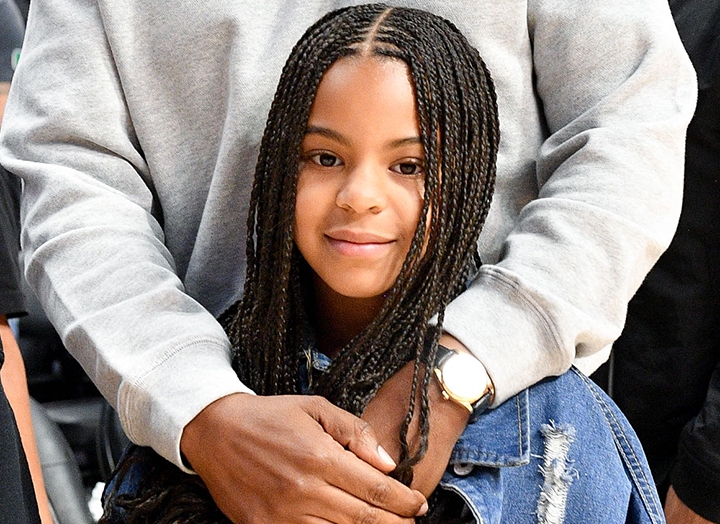 Blue Ivy Carter just hit a major milestone in her career. The 9-year-old just won her first MTV Video Music Award. The accomplishment made her the youngest-ever VMAs winner in the history of the show.

On Sunday, the oldest child of Beyoncé and Jay-Z won the award the Best Cinematography (alongside Wizkid and SAINt JHN) for Beyoncé's “Brown Skin Girl,” which the 8-year-old helped write alongside her mother. Not only did it land on the Billboard Hot 100 charts, but it also received a BET Award and the Grammy Award for Best Music Video.

Unfortunately, Blue Ivy and her parents did not attend the ceremony, which took place at the Barclay’s Center in New York City. The whole family is currently enjoying some vacation time in France (peep Bey’s Instagram to see pics).

“Brown Skin Girl” is from Beyoncé's compilation album The Lion King: The Gift that was released last July in conjunction with the Disney movie, in which Beyoncé voices the lioness Nala. In the catchy and empowering tune, Blue Ivy harmonizes with her mom and even drops a little solo at the close of the song, proving she definitely has her parents’ musical genes.

Congrats, Blue Ivy. We can’t wait to see what you’ll accomplish next.

Stay up-to-date on every breaking Beyoncé story by subscribing here.