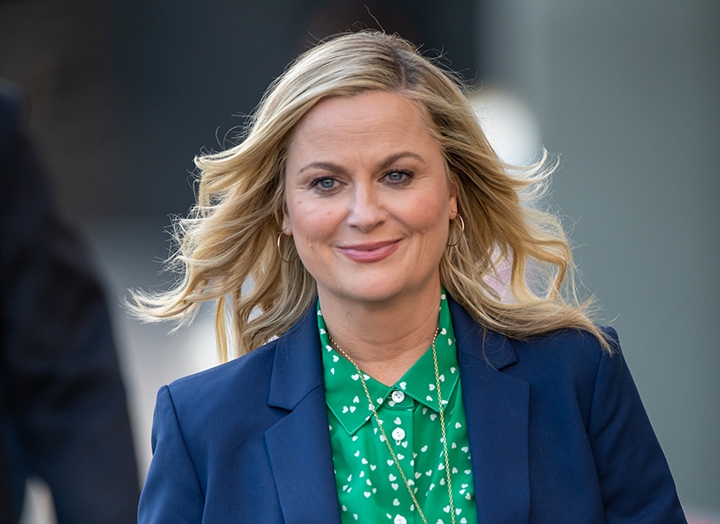 Amy Poehler has a major project in the works: She’s directing a documentary film about Lucille Ball.

Called Lucy & Desi (which is subject to change), the film will center around the personal and professional partnership between Ball and husband Desi Arnaz and will be the “biggest documentary to be fully financed by Imagine Documentaries,” according to a Deadline exclusive.

The doc will tell the story of the comedian who changed the landscape for women in Hollywood. Luckily, the project has full cooperation from the family of Ball & Arnaz and although research has only just begun, the estate has supplied never-before-seen archival film, photos, writings and more.

“I am so excited to work with Imagine Docs to help present the incredible life and work of the brave and hilarious Lucille Ball, and her husband Desi,” said Poehler per the outlet.

“As television’s long-reigning ‘First Family’, Lucy and Desi blazed a revolutionary trail through the cultural landscape that laid the groundwork for so much of the entertainment industry as we now know it,” Imagine Documentaries president Justin Wilkes said in a statement. “They created so many television firsts—not only in their portrayal of a multi-ethnic marriage or Lucy’s on-air pregnancy but as the first woman to head a studio and the creators of television syndication. It’s such an incredibly rich, inspiring and entertaining story and we’re honored to bring it to the screen.”

Poehler is also set to produce with Imagine’s Wilkes as well as Michael Rosenberg, White Horse’s Nigel Sinclair and Jeanne Elfant Festa and Diamond Docs’ Mark Monroe (who is also the writer of the project).

Two of our all-time favorite comedians combined into one project? This is going to be good.