Brooklinen Just Launched a Weighted Throw Blanket (And It Makes for a Great Gift, *Hint Hint*)

So far, November has been unseasonably warm (thanks, global warming), which can only mean one thing: When winter comes, it’s going to slap us in the face like a ton of bricks. Thankfully, Brooklinen has just released a smaller version of its beloved weighted comforter—and it’s perfect for keeping cozy by the fire. Read on for everything you need to know about the brand’s new weighted blanket.

Is Brooklinen Bedding Worth the Hype? We Investigate 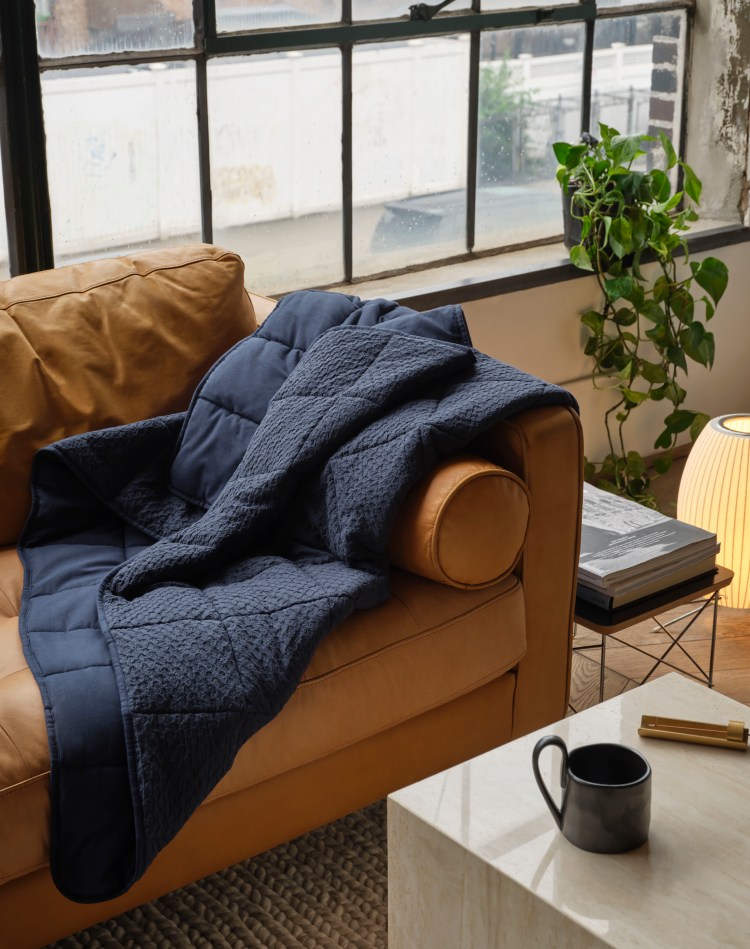 On November 9, Brooklinen released a line of weighted throw blankets that retains “the same high-quality design as [its] weighted comforter but puts it in a more portable size,” according to a press release. (It's also $72 cheaper than the twin-size comforter, BTW.) Not only﻿ is the blanket’s 48- by 72-inch size easier for toting around the house, but it’s constructed with breathable, textured cotton and a quilted interior layer of tiny glass beads, which is better for the environment than plastic ones. And, while the throw blanket only comes in one weight—12 pounds—it’s intended to provide the same anxiety-reducing and stress-relieving benefits as its larger counterpart. 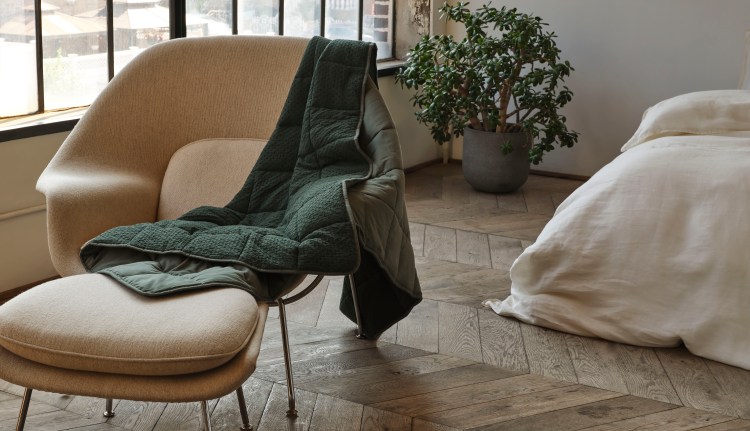 The real draw, however, is this weighted blanket’s trendy colorway options, which include deep alpine, deep navy, terracotta and blush. And, while we’re impartial to the blush hue for gifting, we think alpine’s deep green shade would be the perfect accent to our boho living room (and because green is all the rage of 2022). 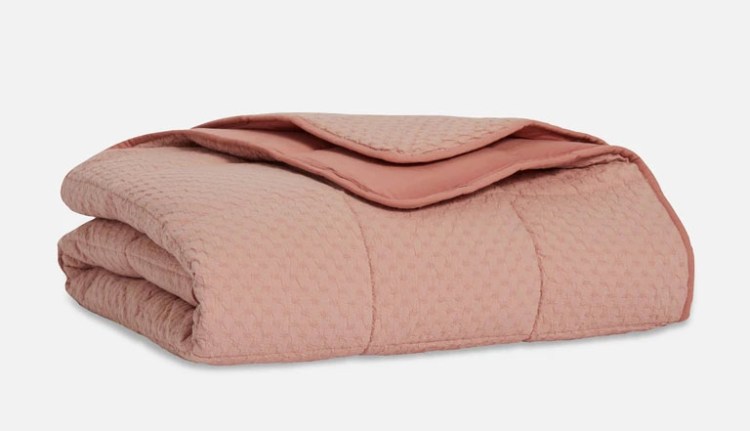 BROOKLINEN VS. PARACHUTE ﻿SEE HOW BOTH BEDDING BRANDS STACK UP