I Went Phone-Free Around My Kids for a Week. Here’s What Happened.

It is widely believed that we bond with our babies by holding them and gazing into their faces for hours on end. Welp, that’s exactly what I do with my iPhone; no wonder I feel so intensely attached to it.

I’m increasingly alarmed, though, by news about distracted parenting—personified by The New York Times as “that guy in the coffee shop who was so fixated on his tablet that he ignored his child’s shining eyes. Don’t be that guy.” And even more worried that my two kids could be among the one-third of children who reportedly feel “unimportant” when their parents ignore them to scroll through celebrity tweets and high school friends’ Facebook updates. Most troublesome? A new study that suggests parents “who were more likely to report being distracted by technology during playtime were also more likely to see behavior problems in their kids.”

With this in mind, I resolved to put my phone away, in a different room, for a full week around my kids. Please note I attempted to go phone-free, not screen-free; my kids still got their designated hour(s) of iPad time. (I’m nobody’s hero.) And if my kids were elsewhere, like at school or, OK, in the bathroom, I allowed myself quick hits of sweet, sweet dopamine and checked my texts.

Here’s a sampling of what it looks like to try to break a high-tech habit.

RELATED: 6 Clever Ways to Keep Your Kids Off Their Phones 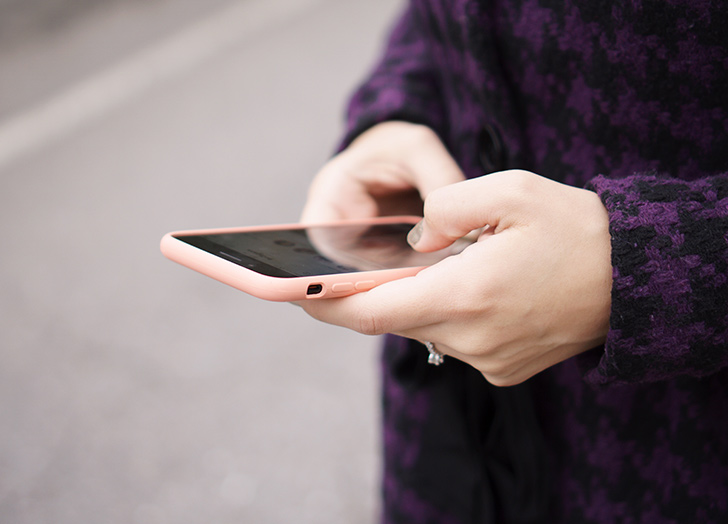 Our grand experiment began on a Sunday morning when, before sunrise, I had to wrestle my phone out of my three-year-old’s clutches. She hasn’t yet cracked my access code but was already taking selfies, and (not for the first time) came thisclose to making an emergency call in a foreign language by holding down the home button. I physically pried the phone out of her hands and stashed it in my backpack.

Later, while playing in our yard, a neighbor’s daughter popped over, business as usual. Only an hour later, when I snuck a peek at my phone as the kids played in another room, did I find four texts from her mother asking a) if it was OK for her to come over? and b) would I please text to confirm her safe arrival? and c) everything OK? and finally d) all OK over there???

That night after his bath, my son announced, “My knees are fuppin’ dry.” I somehow repressed both my laughter and my intense urge to text a friend his quote. 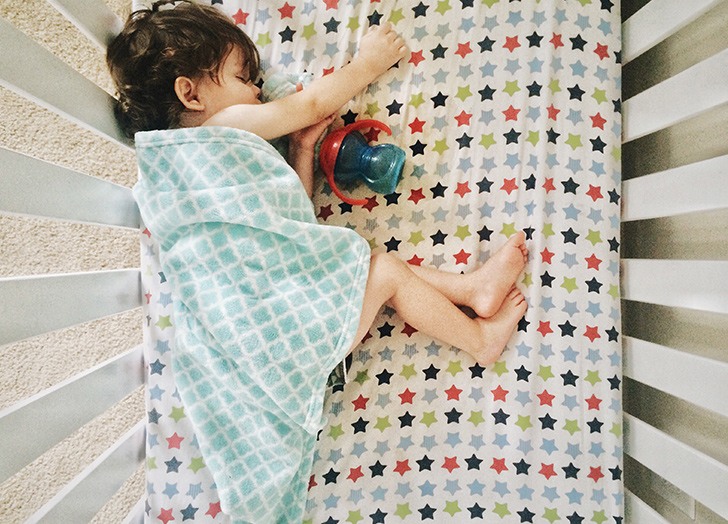 I took my older child out on a playdate and left my toddler home napping with my husband (who was out cold in the next room, recovering from a night shift). As luck would have it, also at home was our lovely cleaning lady, without whom we would be living in Grey Gardens except littered with organic fruit squeezer pouches instead of Fancy Feast cans.

Rather than check my Nest app every two minutes to watch the action in the nursery, I left my phone in my bag for the duration of our outing, congratulating myself for being so “present.”

Once we were back in the car heading home, with my son fully absorbed by a comic book in the back seat, I snuck a glance at my screen. There, I found five texts from my cleaning lady telling me my daughter had been crying “Mama!” in her crib for 15 minutes while my oblivious husband snoozed on. A jarring reminder of how much I rely on my phone as a remote baby monitor, alarm clock and overall safety net. 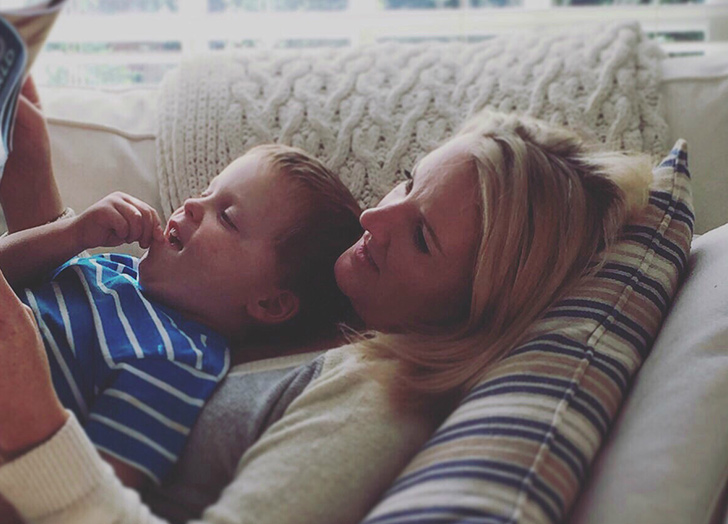 Generally, when I need a break from the nerve-frazzling chaos that comes with small kids, I escape into my phone (who’s with me?).

But I’ve noticed my brain has difficulty prioritizing a shipping update from Amazon vs. a question my son has about the solar system. Whatever’s on the shiny screen at that moment somehow feels more compelling, urgent or important than what’s right in front of me—a phone-induced fallacy that’s turned my thinking upside down.

There’s a scientific reason for this. According to TIME, “Research has linked social media and other phone-based activities with an uptick in feel-good neurochemicals like dopamine, which could drive compulsive device use and promote feelings of distraction, fatigue, or irritability when [people] are separated from their phones.”

Is my phone obsession negatively impacting my parenting? My son thinks so. “Sometimes when we're doing something we're not supposed to be doing, like getting naked and jumping on the furniture, you don't notice because you’re on your phone,” he told me. “And then, ten minutes later, when you finally get off your phone, you notice what we’re doing and you get really, REALLY mad."

That night, sans phone, I was able to more calmly transition everyone from a scene out of Where the Wild Things Are to a scene out of Goodnight Moon. Zero yelling. Phone-free Mom FTW. 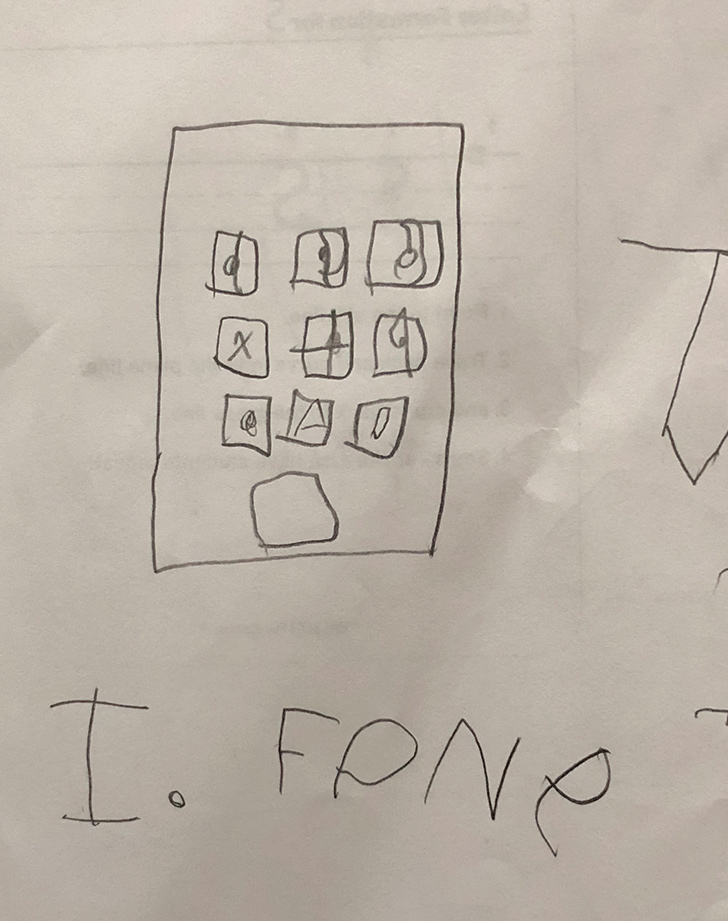 The next morning, to my shock, we arrived at my daughter’s school a few minutes early. So while she gazed out the window in her carseat, I decided to just quickly, surreptitiously check my work email. In the three minutes I spent doing so, she removed her winter boots, socks and hat. By the time I put her back together, we were ten minutes late. So much for phones making life more efficient.

After dinner, I helped my son with his homework. Just him and me at the kitchen table, pencil in hand, no technology in sight, as analog as it gets. His assignment was to practice writing upper- and lower-case "I" and to draw a picture of an object that begins with that letter. I prompted him with clues for igloo, ice, iguana. He sat and thought for a moment, and then I practically saw the lightbulb appear above his head.

RELATED: 5 Tricks to Have a Screen-Free Hour with Your Kids