It's no secret that Hollywood's depiction of the Old West is extremely narrow and, not surprisingly, overwhelmingly white.

For decades, audiences have been inundated with so many images of rugged white cowboys that the mere mention of Black gunslingers throughout history has raised eyebrows. And while stars like Henry Fonda and Clint Eastwood seem to embody the cowboy era, the reality is that Hollywood built a whitewashed version of the Old West, completely ignoring the true stories of cowboys of color.

It was this gross misrepresentation that inspired British artist and director Jeymes Samuel to make Netflix's new and groundbreaking Western, The Harder They Fall, which tells the story of famous cowboy Nat Love (Jonathan Majors) as he seeks revenge against a notorious criminal who murdered his parents. While discussing his reasons for creating this fictionalized story, Samuel explained, "Every time I tell people there were Black people in the Old West, people would look at me like I'm absolutely crazy. There were decades of the Old West with all of these amazing characters. So I assembled them all like superheroes and put them in one place at one time to tell this story."

The end result is a dazzling, colorful spectacle that puts it in the same league as Marvel's Black Panther—a prime example of how Black narratives can pave the way for more representation and inclusion in film.

In the early 2010s, the Marvel universe was dominated by white male heroes. Millions were captivated by characters like Iron Man, Captain America and Thor while heroes of color—despite their existence in comic books—were either relegated to being a sidekick or largely ignored. But then came Black Panther, Marvel's first ever Black-centric film that grew into a cultural phenomenon. Finally, non-white audiences could see themselves represented in a film that stays true to the superhero genre, centering on complex, layered Black characters while tackling the usual themes of bravery, sacrifice and good vs. evil.

Not surprisingly, the response was overwhelmingly positive, prompting Marvel to capitalize on this need for more diverse, non-traditional superhero stories and prove that the genre isn't exclusive to white men. 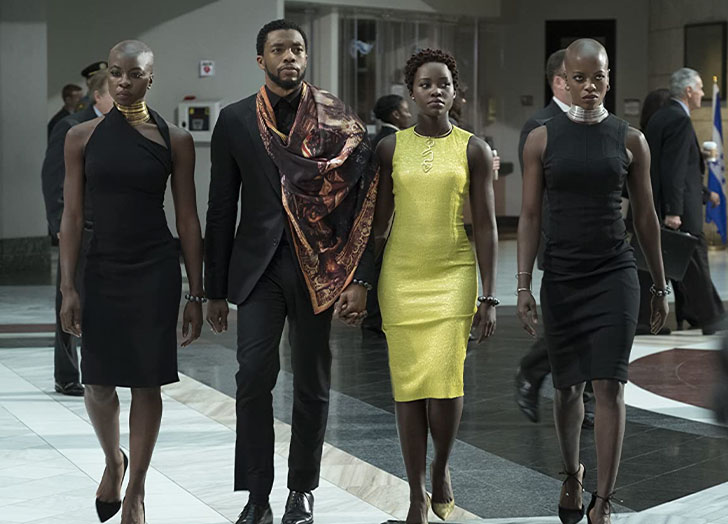 After Black Panther, the studio released Captain Marvel, their first female-led superhero film, then took things up a notch in Phase Four by introducing Black Widow, a second female-led film; Shang-Chi and the Legend of the Ten Rings, their first movie with an Asian lead; and Eternals, which includes the first Korean superhero, the first openly gay superhero and the first deaf superhero in the MCU. It's almost as if Black Panther kickstarted this new wave of inclusive and groundbreaking Marvel films, ﻿and it's entirely likely that The Harder They Fall will have a similar impact on the Western genre.

Like MCU, cowboy films have been a popular vehicle for white male heroes, with emphasis put on Wild West legends like Billy the Kid, Wyatt Earp and Butch Cassidy. But now, with The Harder They Fall, Samuel is redefining the genre by shedding some light on less popular Black figures, including Stagecoach Mary (Zazie Beetz), Marshall Bass Reeves (Delroy Lindo) and Jim Beckwourth (RJ Cyler). 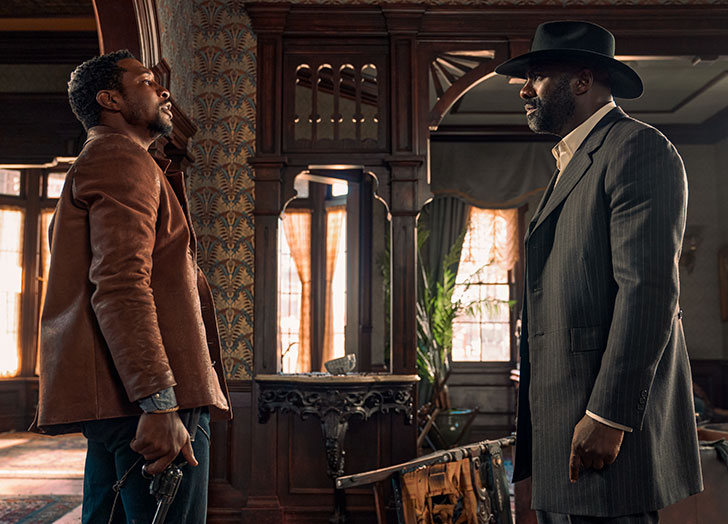 As expected, the performances are brilliant all around. Elba's Rufus has the air of a king who can shift the atmosphere of any room, and King shines as the unforgettable, no-nonsense gangster. But as stellar as this cast is, the film's biggest strength is that it stays true to the Old West genre without exploiting Black trauma. If you're familiar with classics like My Darling Clementine and Cat Ballou, then you know that the most popular Westerns tend to follow the same pattern: First, there's a heinous crime, followed by a hot pursuit of the notorious criminal until, finally, the sharp-shooting hero enacts their revenge in an ultimate showdown. The Harder They Fall follows that same plot, but with an all-Black cast and a fun twist that makes an old formula feel new and innovative.

The soundtrack is also phenomenal, which comes as no surprise, given Samuel's own music background and his collaboration with Jay-Z on the project. In a stark contrast to bluesy, old-time tracks from classic Westerns, this film incorporates modern hip hop and reggae tracks that elevate every single scene, from intense stand-offs to bloody shootouts. In fact, there's one particular memorable scene where Barrington Levy's "Here I Come" drops right as a newly-freed Rufus commands his crew to kill everyone on board a train. The imagery is quite brutal, but the song's tone fits really well with the image of a notorious kingpin who's stepping back out into the real world. 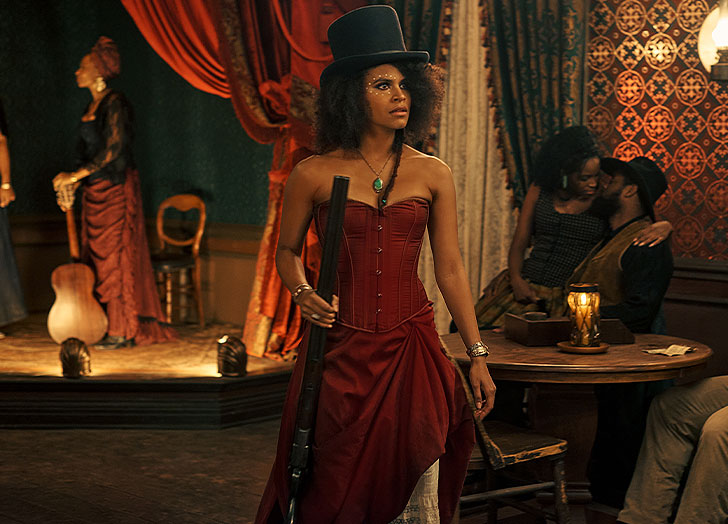 While it's incredibly refreshing to see a Black Western that has the potential to make waves in the film industry like Black Panther did, it's important to address the problematic casting of Stagecoach Mary (also known as Mary Fields). For those who don't know, she was the first Black female star-route mail carrier in the U.S., and the hard-drinking quick-shooter was actually dark-skinned and plus-sized. Although Beetz gives a solid performance, it's a bit disheartening to see that such a groundbreaking film still reflects Hollywood's history of colorist casting. Given how rare it is to see dark-skinned, plus-sized women in leading roles on the big screen, this could've been a great opportunity to highlight their beauty and make these women feel seen.

Still, with such a compelling story and dazzling lineup, The Harder They Fall succeeds at driving home the point that Black stories are still important. Like Black Panther has done for superheroes, the film has the opportunity to open everyone's eyes to a new interpretation of the Wild West genre—one that's sure to appeal to more fans and leave a big mark on the film industry. Here's betting this won't be the last Western that highlights Black characters.

This action-packed Western is as daring as it is diverse. With standout performances by Idris Elba, Regina King and Jonathan Majors, The Harder They Fall is poised to kickstart a new era of more inclusive cowboy films that are long overdue.