If you haven’t already watched Red Notice on Netflix, then it’s about time you hopped on the bandwagon.

Although the movie originally premiered last month, it recently broke the record as the streaming service’s most popular film. (FYI: The study was calculated based on hours watched within the movie’s first 28 days on Netflix.)

Red Notice clocked in at 328.8 million hours, though that number is expected to climb because the flick has only been on Netflix for—wait for it—17 days. As a result, the heist thriller has officially dethroned Sandra Bullock’s Bird Box (282 million hours), which held the top spot for nearly three years. 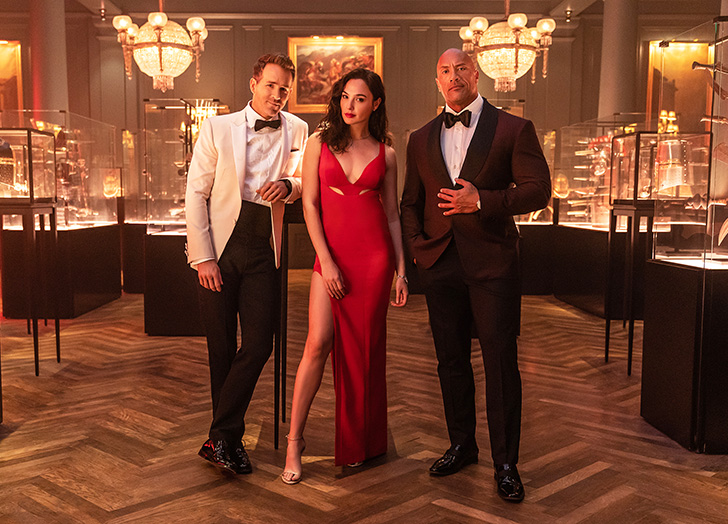 Fans shouldn’t be too surprised that Red Notice is taking Netflix by storm. Shortly after its initial release on November 12, Deadline reported that the movie had accumulated over 148.7 million hours watched, breaking the streaming service’s opening weekend record for any film. It also received a score of 91 percent on Rotten Tomatoes, which solidified our suspicions.

Red Notice features an all-star cast, including Dwayne “The Rock” Johnson, Gal Gadot and Ryan Reynolds. The movie tells a gripping story about a daring heist that brings together the FBI’s top agent and two rival criminals.

Sorry, Bird Box. But this was long overdue.

Grab Your Cosmos! HBO Max Drops the First Full-Length ‘And Just Like That...’ Trailer