Tom Hanks Delivers a Strong Performance in ‘Pinocchio’, But It Doesn't Quite Capture the Magic of the Original 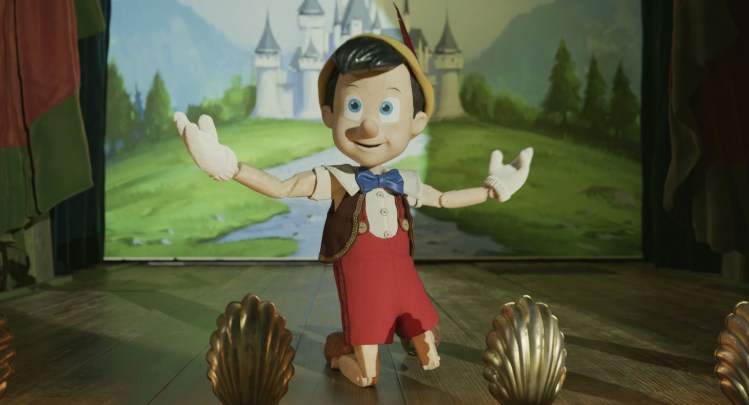 An influx of live-action remakes have taken over Disney+, and it's easy to see why. Box office successes like Beauty and the Beast, Aladdin and The Lion King have raked in at least $1 billion worldwide. Not to mention the highly anticipated remake of The Little Mermaid, which fans are already predicting will be a major hit. So, it comes as no surprise that Disney has added Pinocchio to their roster.

Compared to other Disney classics, the original 1940 film isn't often talked about—but it’s still iconic in its own right. Pinocchio, which follows the misadventures of a wooden puppet on a quest to become a real boy, is the second animation ever produced by Disney. And while it features some dark, uncomfortable moments (if you’ve seen any of the Pleasure Island sequence, you know what we’re talking about), the Oscar-winning title is whimsical and full of heart. It teaches valuable lessons about honesty, loyalty and morality. And Robert Zemeckis's live adaptation attempts to replicate this with his remake, but unfortunately, this star-studded modernized version misses the mark.

On a positive note, the movie does offer plenty of Easter eggs that Disney fans will appreciate, including Geppetto's (Tom Hanks) gorgeous cuckoo clocks (which feature obvious references to The Lion King, Snow White and more). Hanks brings his usual charm to the lonely woodcarver, and Cynthia Erivo simply dazzles as the Blue Fairy, exuding grace and warmth. (And yes, she sings!) But even these highlights aren't enough to save this film.

For one, the opening is a bit dark and slow-paced, as opposed to the original film’s bright and cozy introduction. In the remake, after Jiminy Cricket (voiced by Joseph Gordon-Levitt) offers his opening remarks, we zero in on Geppetto as he works on Pinocchio and quietly mourns his late son. Now, the inclusion of this backstory definitely adds some depth to Geppetto’s character, and it gives some context for why the toymaker would carve a life-sized boy in the first place. But this sad opening monologue feels so unnecessary and just really depressing. (The same can be said for Jiminy’s awkward explanation for why Geppetto didn’t have a son the conventional way.) 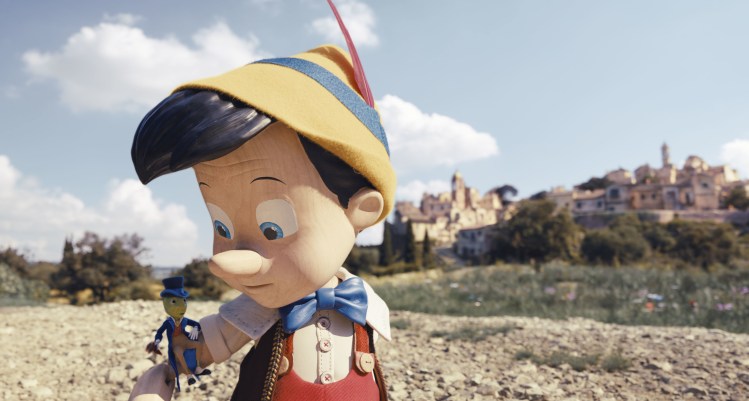 Speaking of added content that serves little to no purpose, there’s also an unsettling scene where Pinocchio, after being sent off to school, stops and inspects a pile of horse manure on the street, going as far as trying to touch it. (Ugh. Seriously, what is the purpose of this?) And then of course, there’s one disheartening scene where a teacher literally throws Pinocchio out of school, telling him that he’s not welcome because he’s not a real boy. It feels like an attempt to get viewers to empathize with the wooden puppet—but again, this is just uncomfortable to watch.

There are a few bigger tweaks to the main plot that we won’t give away. But it’s worth noting that, with the exception of the very end, none of them add much to the story. While all the core characters are there and some key themes are addressed, it simply lacks the same spark that the original movie had. Even with its on-the-nose commentary about social media influencers and what it truly means to be “real.” 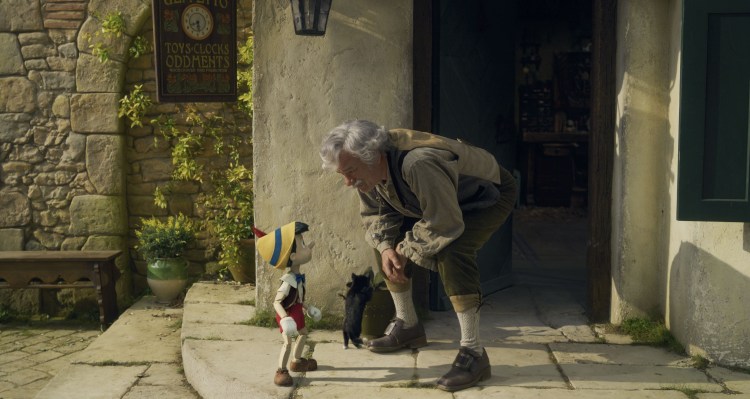 Another issue worth calling out involves the visual effects. It appears that Disney could still use a bit of improvement when it comes to seamlessly combining live-action elements with CGI characters, because Geppetto’s interactions with the CGI wooden puppet look a bit off at times. But on a brighter note, the bond between these characters is definitely believable, and it’s rewarding to see how much the adorably clueless Pinocchio has grown (psychologically and emotionally) ​​throughout the film.

All in all, this film isn't Disney's best. And whether you’re a huge fan of Tom Hanks’s work or simply curious to see how this remake compares to the iconic 1940 film, you’re much better off revisiting the original.

Pinocchio has its high points, including a solid performance from Tom Hanks and a memorable scene with Cynthia Erivo. Fans of the original will also be glad to spot a number of familiar references, but these are not enough to render the remake a must-see. Despite Zemeckis’s best efforts to recapture the heart of the original, it simply misses the mark, thanks to unnecessary changes that do nothing the drive the plot forward.