All seven episodes of Homecoming season two just dropped on Amazon Prime. While I thoroughly enjoyed the first season (thanks to Julia Roberts), I’m not entirely convinced the new episodes will live up to expectations.

It’s important to point out that I’ve only watched the first episode (purposely so, so I could report on my first impressions), therefore it’s entirely possible I could be missing something. Still, I’m admittedly disappointed with the season two premiere of Homecoming, and it has everything to do with the fact that it’s an anthology series.

So, what is Homecoming season two about? And should you add it to your streaming queue? Keep reading for all the deets. 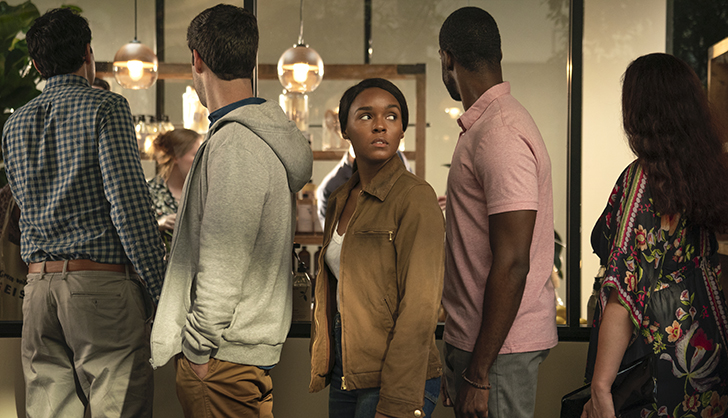 Since Homecoming is an anthology series, it features an entirely new plot, setting and group of characters. However, there is a small link to Geist, the company that employed Heidi (Roberts) in season one, but I’ll discuss more on that later.

In the premiere, we’re introduced to Jacqueline (Janelle Monáe), who wakes up on a boat in the middle of a lake with no memory of what happened. She spots a figure standing on the shoreline, but she’s unable to get to him before he vanishes.

When a cop picks her up on the side of the road, Jacqueline is brought to the hospital and ends up escaping with another patient, Buddy (John Billingsley), when the doctors wrongly accuse her of using drugs. (Jacqueline has needle marks on her arm, but again, she doesn’t know where they came from.)

After visiting a bar, Jacqueline learns that she was arguing with a man the night before. Her investigation leads her to a motel room, where she finds an envelope containing an empty Geist vile, a credit card for someone named Alex Eastern and cash. There’s also a photo from when Jacqueline was in the military, but there’s an “X” over every face…but hers.

We soon learn that Jacqueline’s military affiliation might not be real, since she washes off her “Airborne” tattoo in the motel sink. When she goes to tell Buddy about her discovery, he hits her on the head and steals the money, claiming he doesn’t want her baggage. 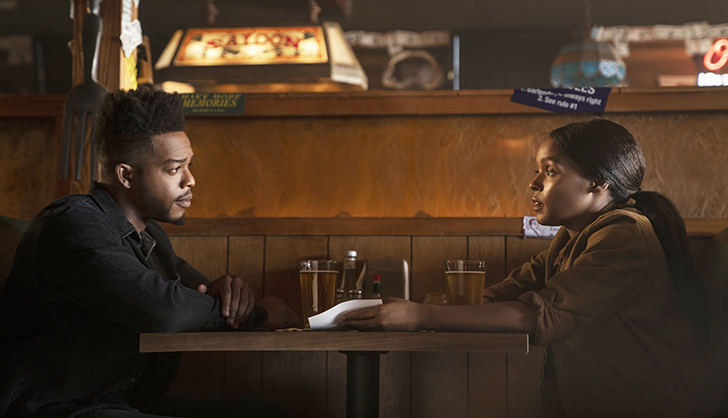 2. Should I Watch 'homecoming' Season 2?

It depends on how desperate you are for new content, but I wouldn’t recommend it to a friend. My biggest issue is that I’m not entirely confident Homecoming needed an entirely unrelated second season. So, I don’t feel compelled to continue watching, especially since the first episode didn’t capture my attention. The problem? The mystery elements are straight-up bizarre.

For example, the only thing Jacqueline remembers about what happened before waking up on the boat is—drumroll, please—towels. Yes, towels. “Little ones. They were red, but you weren’t allowed to touch them,” she says.

Buddy’s response? “That’s f***ing weird.” And I couldn’t agree more. Not only can I think of a billion things that would have been more exciting than towels, but I also don’t feel inclined to figure out what it means, since the first episode failed to address it any further.

Also, when Jacqueline arrives at the motel, she and Buddy discover a melon sitting on the bed. Not a knife, not a ransom note—but a melon, which (again) has no explanation. Maybe there’s a reason for the decoy fruit, but at this point, I’m just confused.

The episode ends on a cliffhanger, since Buddy steals the money, bashes Jacqueline on the head and bolts out the door. Even so, I don’t feel totally obliged to watch the next episode.

The premiere almost seemed like a really short movie, introducing us to a character and then concluding the story line when her supposed “partner in crime” turns on her.

If my boredom reaches a certain point during self-quarantine, I might consider finishing Homecoming season two. But after watching the first episode, it’s definitely not a priority. (No offense, Monáe.)