This Is the Best Thanksgiving Movie of All Time

Come the holiday season, Christmas movies tend to get top billing. But, annually, when the clock strikes November 1, I find myself drawn to a much more niche collection of classics: Thanksgiving films.

The significantly whittled list of options doesn’t make naming one the best a simpler task. In fact, it’s quite easy to lose focus when you’ve got classics like Tower Heist and You’ve Got Mail competing for your attention. (That scene where Meg Ryan gets in a cash-only line with a debit card at the height of the Thanksgiving grocery rush? Chills.)

But let me be clear: Home for the Holidays starring Holly Hunter and Robert Downey Jr. is the best Thanksgiving movie of all time. Hear me out.

﻿﻿The 21 Best Thanksgiving Episodes from Our Favorite TV Shows 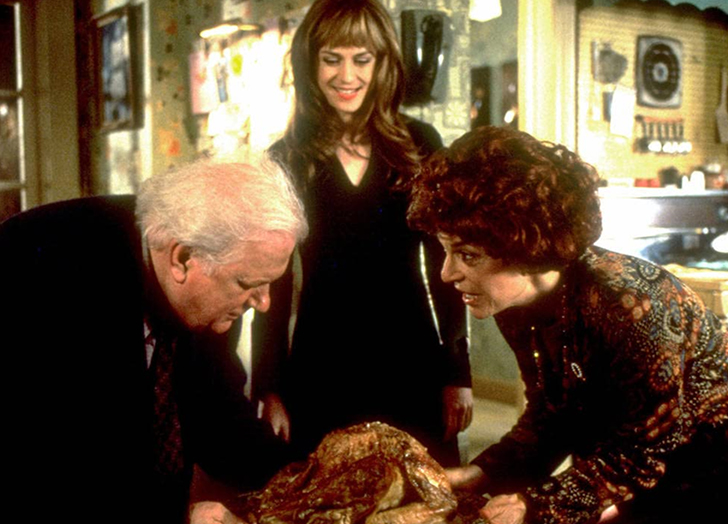 Quick background for those unfamiliar with the plot: On the eve of Thanksgiving, Claudia Larsen (played by Hunter) is a bit of a mess. A single mom, she’s lost her job as a Chicago-based art restorer due to budget cuts, but only after she makes out with her older boss. Oops. There’s more. Her teenage daughter Kitt (Claire Danes) *won’t* be joining her for turkey this year. Instead, she’s spending the holiday with her boyfriend’s fam, and drops a last-minute bombshell on her mother, a nervous flyer, right at the airport departure line: This Thanksgiving, she’s planning to lose her virginity. (This all happens in the first five minutes of the film, BTW.)

From there, Claudia is off—embarking on the long holiday weekend in Baltimore with her family, which includes her melodramatic mother Adele (Anne Bancroft), her curmudgeonly father Henry (Charles Durning) and her gay brother Tommy (Downey Jr.). As she hops on the plane, Claudia is carrying so much baggage—physical and emotional—she absentmindedly drops her stylish coat. (More on that later.)

But here’s the point: Unlike other Thanksgiving films like You’ve Got Mail that use the holiday as a time marker, nothing more, the entire Thanksgiving weekend is the centerpiece of this, well, masterpiece. It’s the catalyst for the airport traffic jam that leaves Claudia trapped in a car with her bickering parents; the reason for the sibling drama (her and Tommy against her sister Joanne, played by Cynthia Stevenson) that hits a fever pitch while the turkey is being carved; and the driver of the not-so-nostalgic run-ins with high school acquaintances everyone prefers remained in the past. (Ginny Johnson, I’m referring to you.) 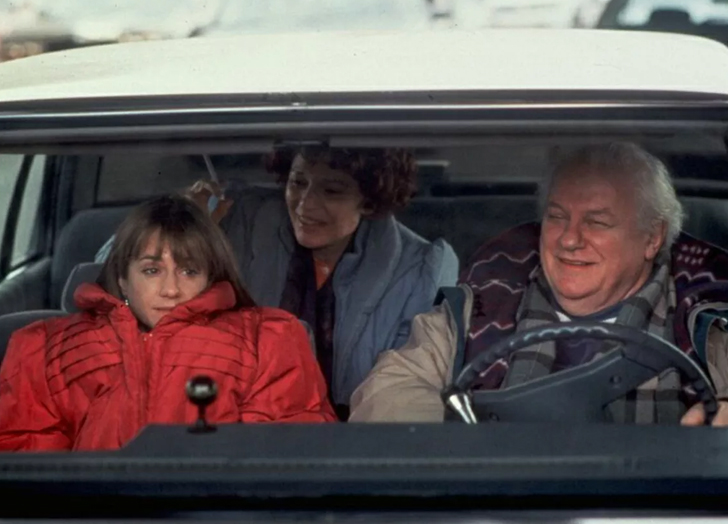 2. It Perfectly Captures The Unintentional Regression That Occurs At Home

About that coat... When Claudia accidentally leaves her fashion-forward (and more modern) jacket at the airport gate, she leaves something else behind, too: Her identity as an independent woman living away from her parents and making choices that—good or bad—are hers to make. Cue the immediate replacement coat from Adele, who just so happened to bring an extra bright pink (and totally dated) parka to the airport as a backup to compensate for the likelihood that her daughter would be ill-dressed for the cold.

A hint at a mom’s needling superpower to think 10 steps ahead? Maybe. It’s also a representation of the slippery slope we all experience as we regress closer and closer to our childhood selves whenever we return home.

Home for the Holidays paints this picture poetically. There’s the comfort, but also the coldness of a family home that feels familiar, but foreign, even if your bedroom is exactly how you left it. The immaturity that resurfaces when it comes to sibling—but also parent/child—dynamics even though all of you are now fully grown. (Cue Tommy pranking Claudia in the shower and snapping a Polaroid—or purposefully and publicly razzing his sister with embarrassing anecdotes in front of his dreamy—and available—companion Leo Fish, played by Dylan McDermott.) Finally, there’s the tendency to be a bit more vulnerable to the life advice and caretaking habits that don’t typically align with your own, but are being offered on overdrive by mom and dad. (Hello, the coat.)

Bottom line: The intersection of our adult selves with our childhood is weird, especially when you return home and nothing has changed except you. This film nails that fact. 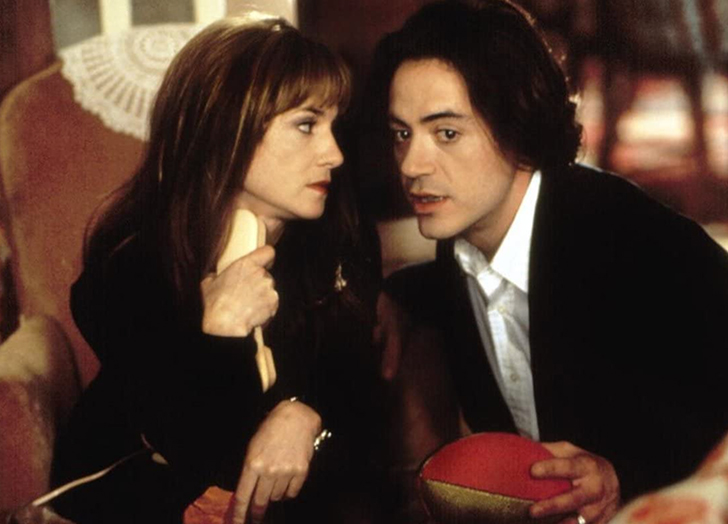 3. It’s A Realistic (and Beautiful) Ode To Family Dysfunction

There’s a critical scene where, post-meal, Tommy and his brother-in-law get into a fight on the front lawn and Henry breaks it up by literally hosing them down. Of course, that’s not before all the neighbors pop out on their porches to see what all the fuss is about. Henry shouts, “Go back to your own goddamn holidays.”

But that’s just it. Family drama—and conflict—is common. We may have been born into the same household, but we’ve all grown up and carved our own paths that render our OG family permanently out of sync. We’ve got new families to prioritize, new sets of values, new standards (and judgments) that, for Thanksgiving only, we make the effort to harmoniously blend together for one boozy meal.

The sheer difficulty of this task is the meat of this film: The recognition that family differences can be surface level, but they can also cut so deep, they’re beyond repair. (Like when Tommy’s sister Joanne reveals her intense homophobia and ugly disapproval of Tommy’s life choice.)

Much like real life, not everything is resolvable. Still, that doesn’t break the ties that bind. As Claudia says to Joanne post-dinner, “We don’t have to like each other, Jo. We’re family.”

And that’s the reason this film is my #1: A family’s bond is perfectly imperfect. And the connectedness—the fact that we all gather around the Thanksgiving table year after year—isn’t guaranteed. But, despite the squabbles and the personality quirks and the (occasionally irreparable) commentary on each other’s lives, there’s love and gratitude for the place we all hold in each other’s lives. It may not be the same as it once was, but it’s there...and sometimes that’s enough.

The 70 Best Holiday Movies You Can Stream Right Now