Reese Witherspoon is America’s sweetheart. She’s blonde, she’s feisty, she’s Southern, she’s fashionable. She’s also made a whole lot of movies (33 to be exact). Some were great, others were…not. But honestly, she's so darn lovable, you can't even fault her for the not-so-good ones. Here, all 33 of her movies, ranked from watch this immediately and often to ill advised. 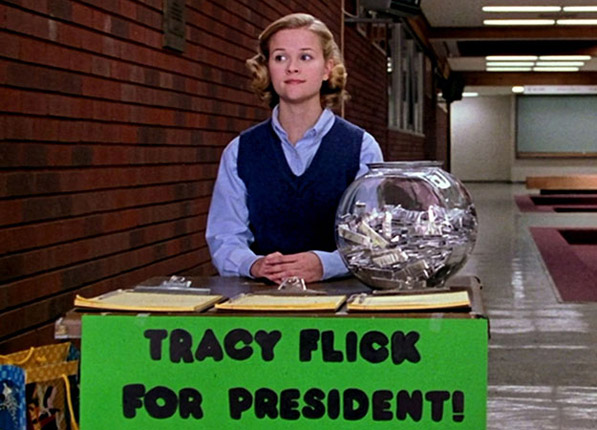 2. The Man in the Moon (1991)
One hell of a debut film. Then again, how can you resist tragic young love on tractors? 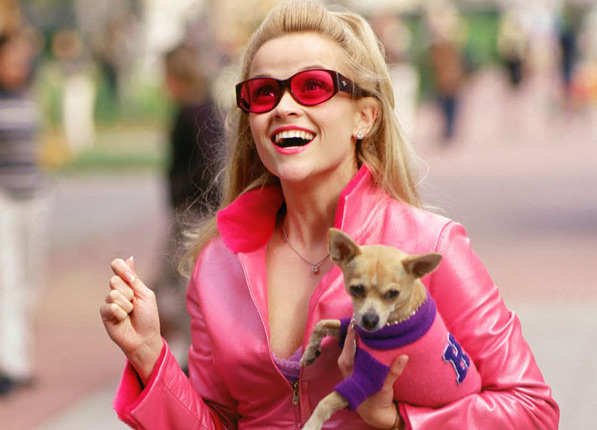 5. Legally Blonde (2001)
“I like your outfit, too, except when I dress up as a frigid bitch, I try not to look so constipated.” Solid gold.

6. Sweet Home Alabama (2002)
If only we could all go from getting engaged to the mayor’s son at Tiffany’s to opening a Soho boutique with your glass-blowing ex-husband. 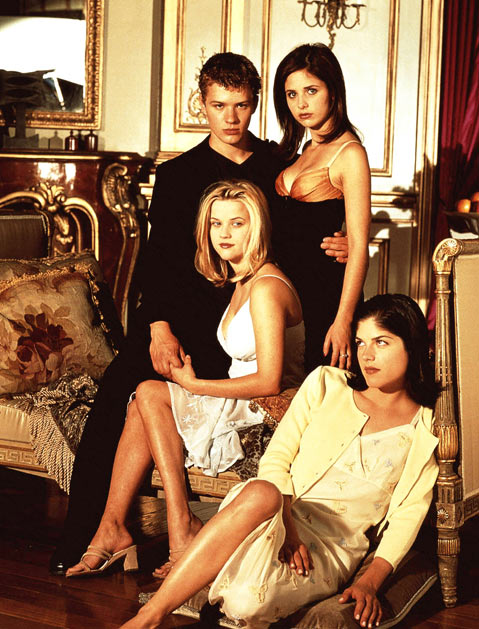 8. Cruel Intentions (1999)
The second best movie Reese and Selma Blair did together. For the strappy-sandal nostalgia alone. (The dialogue, not so much.)

9. Inherent Vice (2014)
Trippy as hell but any Reese/Joaquin Phoenix collab is always welcome. 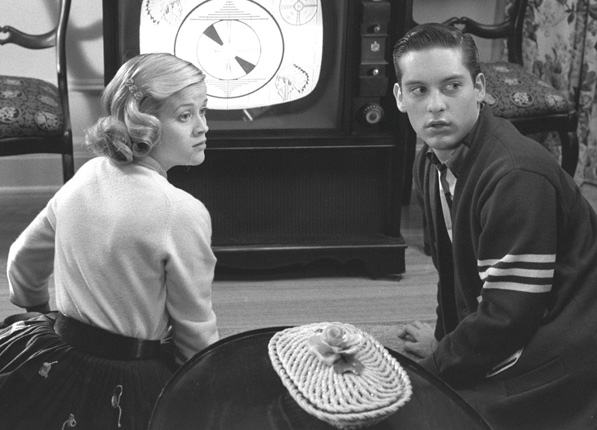 10. Pleasantville (1998)
The film about two high schoolers in the '90s who are mysteriously transported to the suburban, idyllic 1950s that may or may not also hypnotize you.

11. Legally Blonde 2: Red, White & Blonde (2003)
Was it necessary? No. But is it on TBS constantly and helps distract you from vacuuming? Yes.

12. The Good Lie (2014)
Not typical Witherspoon fare, but anything with Sudanese refugees deserves some cred. 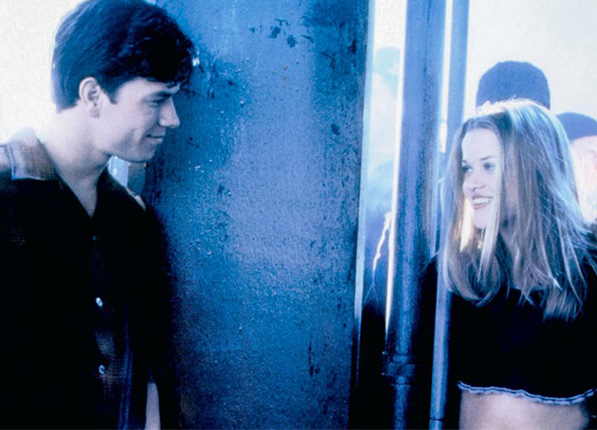 14. Fear (1996)
A super-scary sleeper hit that will make you never look at a roller-coaster the same.

15. American Psycho (2000)
Not as gripping as the book, but if it’s an ATM-cat-feeding Christian Bale fiancé you’re after…

16. Rendition (2007)
A cast that includes Meryl Streep, Jake Gyllenhaal and Alan Arkin and a plot of international espionage. Nuff said.

17. Best Laid Plans (1999)
Listen, sometimes the thrillers you buy in the Walmart bargain bins are the best. 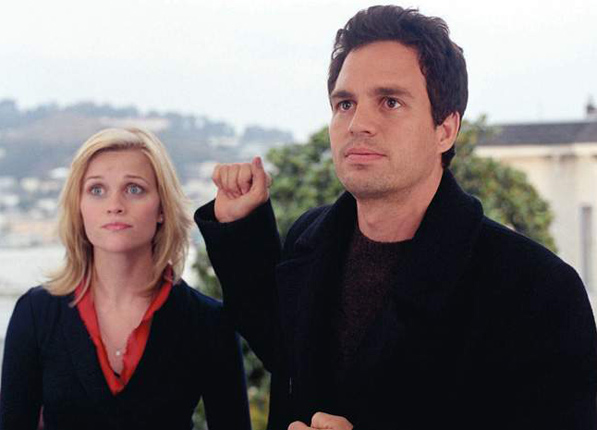 20. The Importance of Being Earnest (2002)
Same goes for farcical Oscar Wilde comedies. 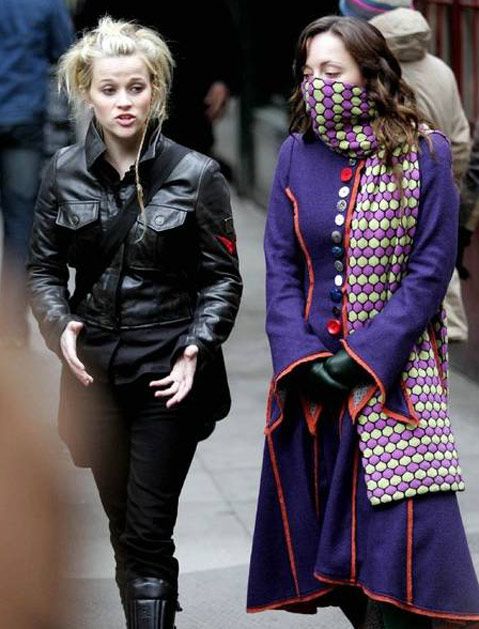 25. How Do You Know (2010)
How a love triangle between Paul Rudd and Owen Wilson can be so completely nap-inducing, we'll never understand. 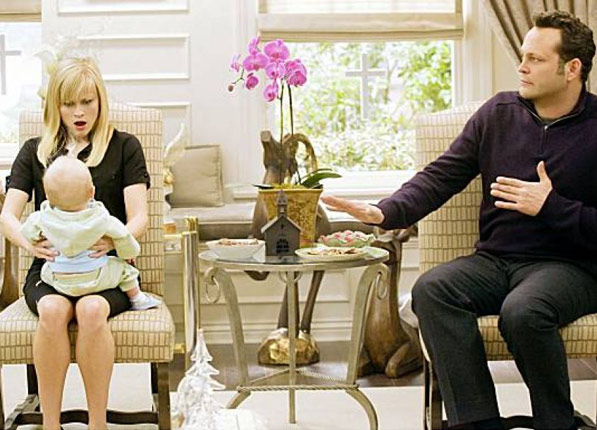 27. Four Christmases (2008)
A holiday comedy of errors with a screaming Vince Vaughn--we'll leave it at that. 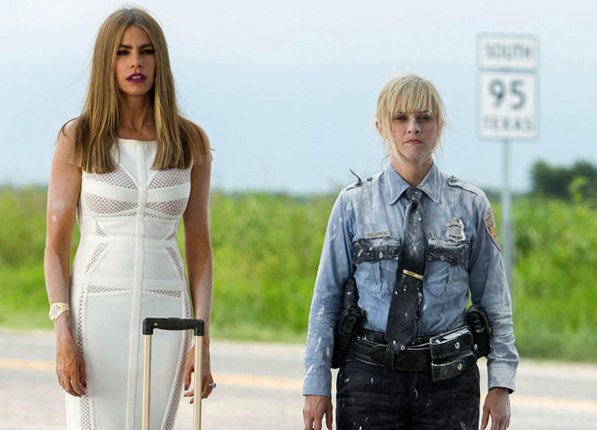 30. Hot Pursuit (2015)
Pretty much The Heat, but with Reese and Sofia Vergara instead of Melissa McCarthy and Sandra Bullock and jokes.

32. Little Nicky (2000)
Reese plays an angel whose son (Adam Sandler) is one of Satan’s three sons. So, pretty shocking that it got nominated for five Razzies.

33. This Means War (2012)
Two best friend CIA agents tussle over being in love with the same woman. What have we told you about love triangles, Reese?! Leave it to glass blowers in Alabama.