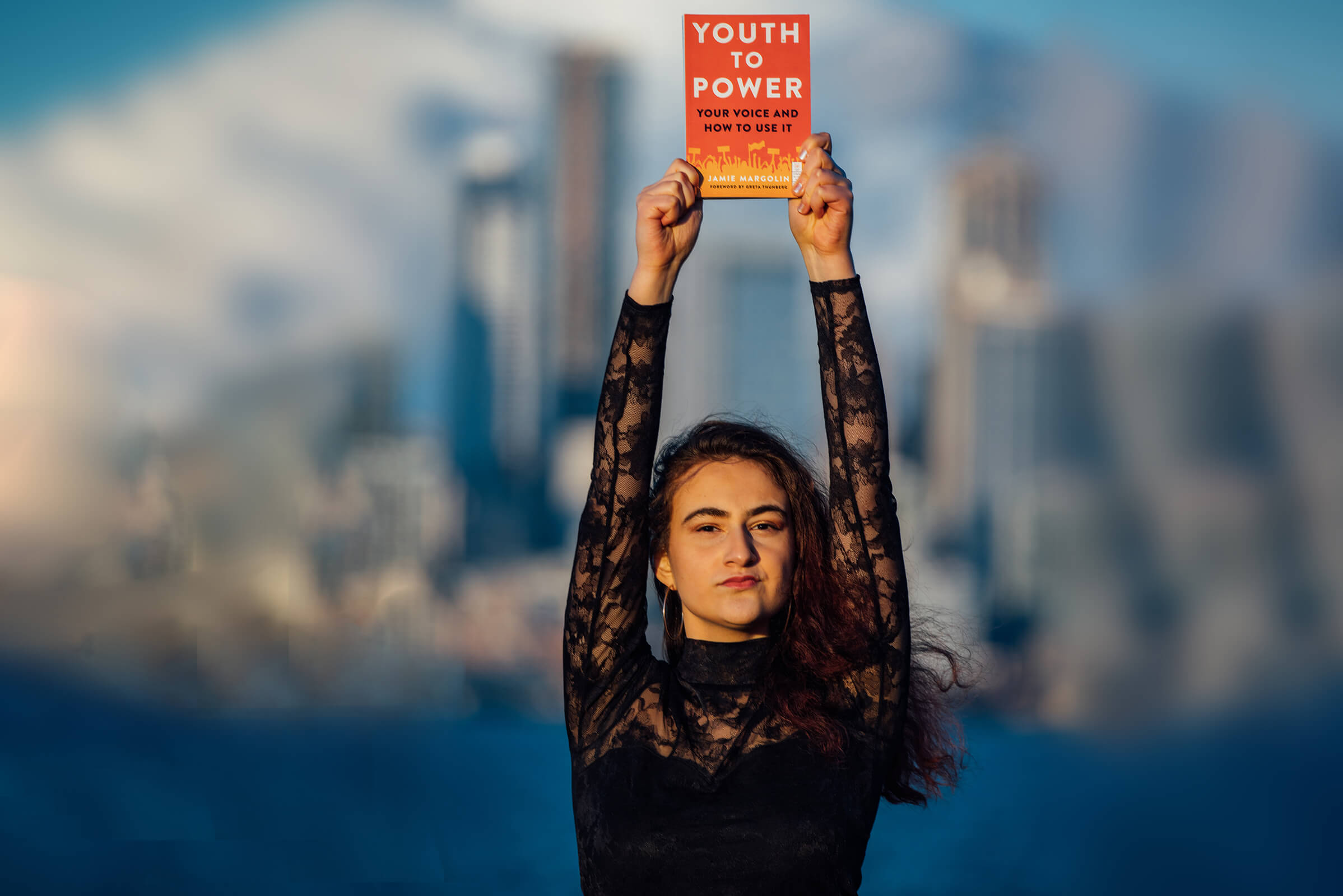 Freshman at New York University, climate justice activist and co-executive director of Zero Hour, a climate action organization based in Seattle. Her new book, Youth to Power: Your Voice and How to Use It, chronicles her own journey to activism and offers vital guidance for anyone who wants to make an active difference and build a mass movement.

You’re recognized as a leader for your work at Zero Hour as a climate justice activist. What prompted you to get involved in this cause?

“As a young person, I am always asked and expected to plan for my future. ‘What are you going to be when you grow up?’ ‘What are you going to do with your life?’ How am I supposed to plan and care about my future when my leaders aren’t doing the same? So first, existential dread drew me to this issue. But gradually I began to realize how climate justice is the key to all justice. Correctly solving climate change means dismantling all the systems of oppression that caused it in the first place. It’s not a matter of choosing between, say, Black Lives Matter and climate justice. Climate justice is Black Lives Matter. (Sixty-nine percent of coal plants are built in POC communities; 20,000 people die from air pollution each year in the United States, and the majority of those people are people of color. That’s not a coincidence.) Now I am a hopeful activist. You can’t motivate the world with one giant existential crisis, but you can motivate them with a hope of a brighter future.”

What’s something you’d like people to know about you or your work that they probably don’t?

“People don’t know that I have dreams outside of fighting the climate crisis. My dream is to be a director and screenwriter for major movies and TV shows. I am also a big fighter for LGBTQ+ representation in movies, shows and the mainstream media, especially for the representation and visibility of lesbians and queer women. As a lesbian, I grew up hardly seeing myself represented in media, so I’m going to film school at NYU so I can tell the stories I always wish I saw on TV and in the movies. I want to create the representation I needed when I was coming to terms with who I am.
“I am also a very artistic person and have always been creative. I always think of myself as a writer and creative first, activist and organizer second. I have been telling stories, writing and dreaming of being a storyteller long before I started taking climate action. I hope to make enough good pieces of art and film and tell enough good stories that the world will see me as the full person I am, with many facets, and not just ‘that girl who talks about climate change.’”

What advice do you have for others advocating for change in 2020?

“Do the best you can with what you have. I understand it is incredibly difficult to be productive when the world feels so heavy, so just take it one step at a time.”

Please turn your device to begin the viewing experience